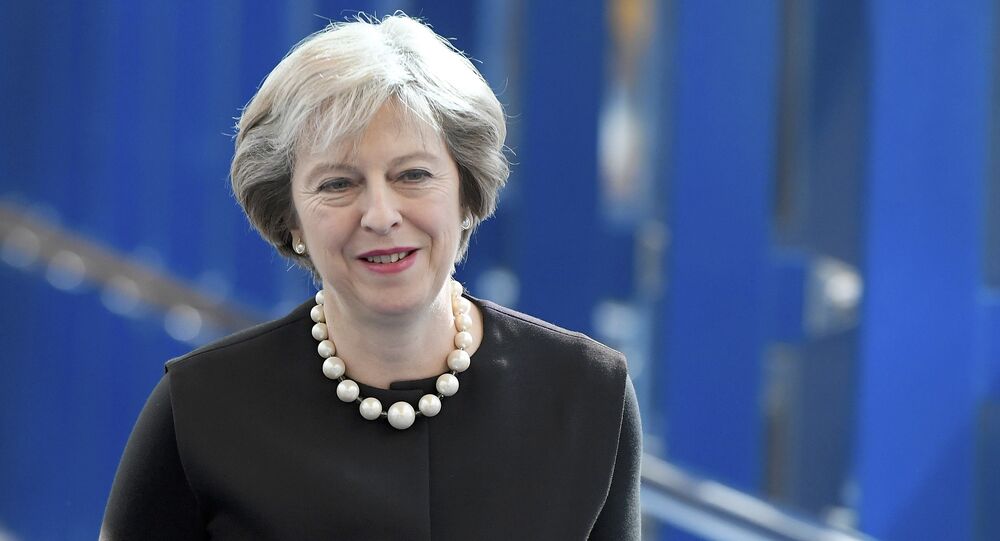 LONDON (Sputnik) — Earlier in the day, Corbyn, speaking in the Parliament, claimed that UK-manufactured arms were used in the Yemeni conflict by Saudi servicemen against the civilian population. He called for London's use of its influence to help the Yemenis and asked the prime minister whether it was time to "suspended arms sales to Saudi Arabia."

"The issues are being investigated… We are very clear that the only solution that is going to work for Yemen is actually to make sure that we have the political solution that will give stability in Yemen," May told Corbyn and the parliamentarians.

Instead of answering the direct question, the prime minister also said about London's contribution to the humanitarian aid provided to the crisis-torn country.

© AP Photo / Parliamentary Recording Unit
UK Ministers Accused of Being Implicated in Warcrimes Over Yemen Atrocities
Yemen has been engulfed in an armed standoff between the government of President Abd Rabbuh Mansur Hadi and Houthi rebels, the country’s main opposition force. Since March 2015, the Saudi-led coalition of mostly Persian Gulf countries has been carrying out airstrikes against the Houthis at Hadi's request despite a ceasefire agreement.

The UK government has repeatedly been blamed by humanitarian organizations, including Oxfam and Amnesty International, for fueling the Yemeni conflict by supplying Saudi Arabia with arms.