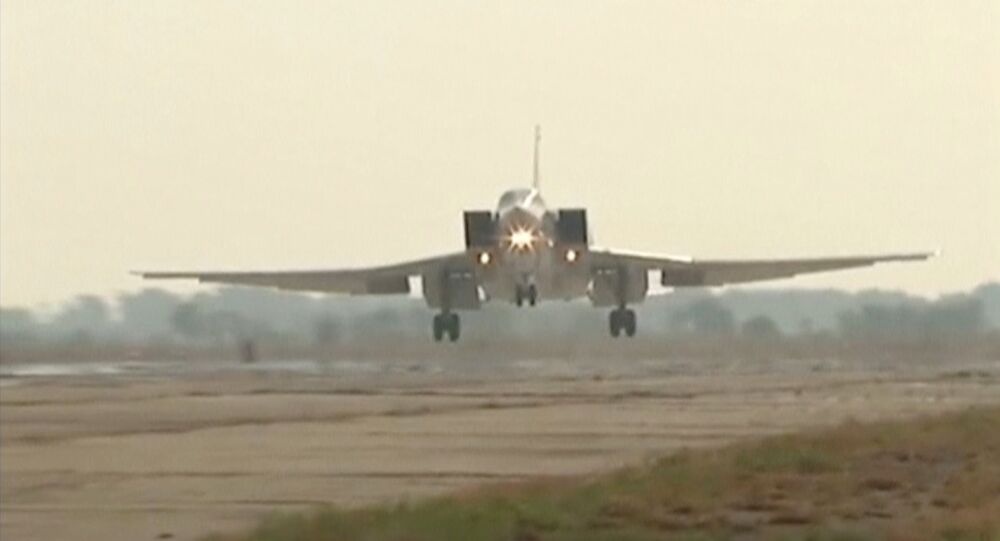 Tehran seeks to step up defense cooperation with Moscow, and the sides have no disagreements concerning the use of Iran's Hamadan airbase by Russian planes, the Islamic Republic's ambassador to Russia told Sputnik.

MOSCOW (Sputnik) – Tehran is looking for ways to broaden the scope of defense cooperation with Moscow, Iranian Ambassador to Russia Mehdi Sanaei told Sputnik on Tuesday.

"Iran is interested in continuing cooperation in defense area with Russia and even in expanding and developing it. I hope that even in those sectors that require coordination with the UN Security Council and need a resolution. I hope that the process of discussing the possibility of obtaining such a permit will begin," Sanaei said.

Commenting on the delivery of Russia's S-400 air defense systems to Tehran, the ambassador noted that such an issue was not under discussion.

Iran, Russia Cooperate on Syria, Have No Disagreements on Hamadan Airbase Use

© Sputnik / Grigory Sysoyev
Russian Su-34 Jets Deployed in Iran Conduct Strikes Against Daesh in Syria's Deir ez-Zor (VIDEO)
Tehran and Moscow are in close cooperation on the settlement of the Syrian crisis, the sides have no disagreements on the issue, including the possible use of Iran's Hamadan airbase by Russia, the ambassador told Sputnik.

"Generally, Iran and Russia closely cooperate on the issue of Syria. Now there are no significant problems," Sanaei said, answering a question about the cooperation between the two nations on Syria and the issue of use of the Hamadan airbase by the Russian Aerospace Forces.

Iran allowed Russia's Aerospace Forces to operate from the base in the mountainous western Hamadan province in mid-August. The jets returned to Russia a week later, after completing their anti-terror mission, which targeted jihadists in Syria.