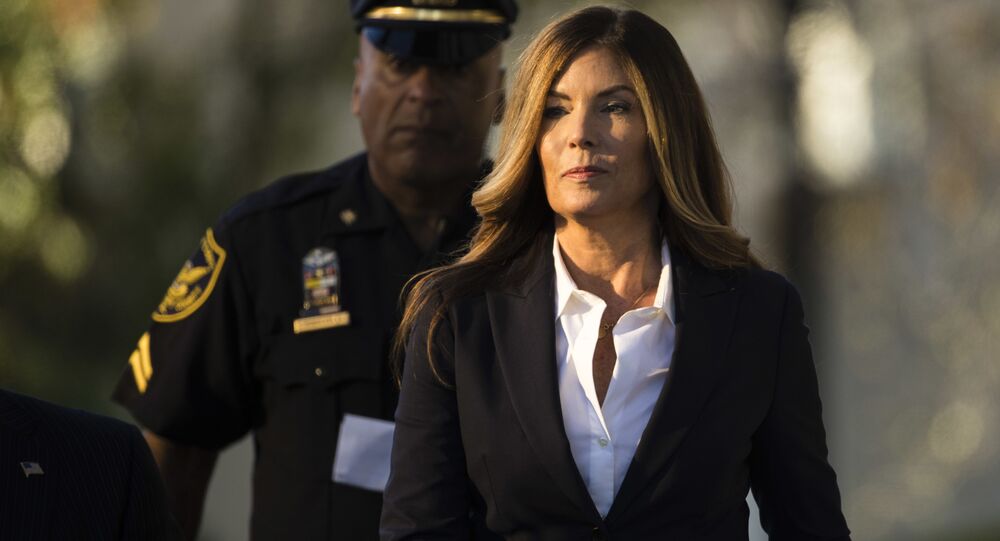 Kathleen Kane, the first female and the first Democrat elected to the position of attorney general of Pennsylvania, was convicted in August for using grand jury information to embarrass former state prosecutor Frank Fina, subsequently lying about her role to investigators. She will serve between 10 to 23 months in jail.

She resigned from office two days after her conviction.

"Kathleen Kane abused the power entrusted to her by the people of Pennsylvania to advance her own agenda of personal vindictiveness," prosecutors wrote ahead of the sentencing, according to the Pittsburgh Post-Gazette.

While she had asked to be sentenced to house arrest so that she could raise her two sons, District Attorney Kevin Steele argued in favor of jail time.

Steele added that Kane "continues to argue that her legal troubles are the result of her simply doing her job as best she could," citing an interview in which Kane said she had "no regrets."

The former attorney general faces a maximum sentence of 24 years.

Kane’s former security chief, Patrick Reese, was also charged in relation to the incident. He was sentenced in March to three to six months in jail, though he has remained free on bail.

Kane is not the first Pennsylvania attorney general in recent memory to face conviction. Ernie Preate pleaded guilty to mail fraud while in office in 1995 and served one year in federal prison.