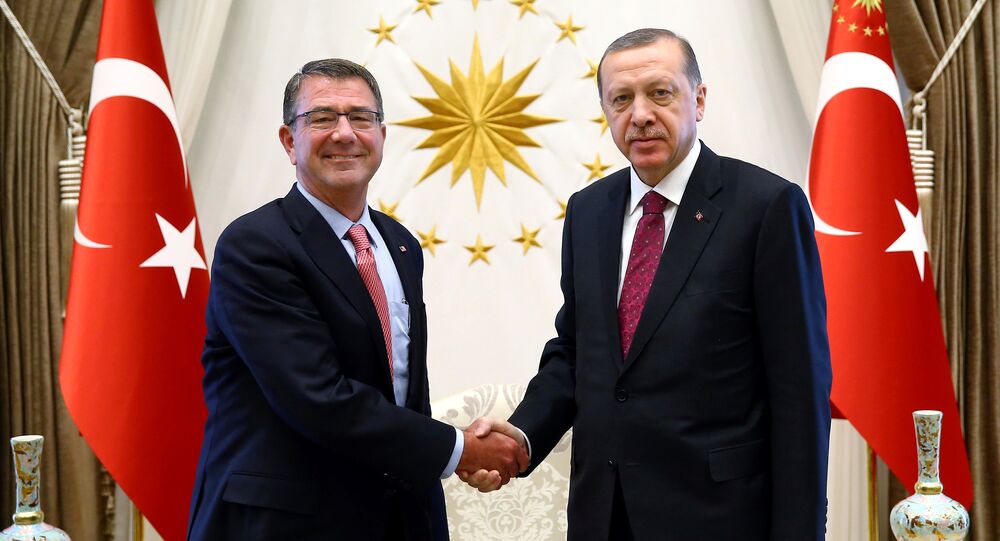 According to the Department of Defense Spokesperson, the US Secretary of Defense and the Turkish president have agreed to closely coordinate their efforts in the counter-Daesh campaign.

© Flickr / mashleymorgan
‘Pivot’ Prompts US to Send Newest, Best Weapons to Asia-Pacific - Carter
WASHINGTON (Sputnik) — US Secretary of Defense Ashton Carter and Turkish President Recep Tayyip Erdogan have agreed during a meeting in Ankara on Friday to closely coordinate their efforts in the counter-Daesh campaign, Department of Defense spokesperson Peter Cook said in a release.

"Both sides agreed to maintain frequent communication on the full range of mutual interests, including close coordination and continued transparency in the coalition effort to deal ISIL [Daesh] a lasting defeat," Cook stated.

During the visit to Turkey, Carter also met with Prime Minister Binali Yildirim and Minister of National Defense Fikri Isık.

"The secretary…vowed the United States would continue to stand side-by-side with our NATO ally against shared threats," Cook added.

Carter will further travel to the United Arab Emirates to discuss counterterrorism activities with the country’s leaders.