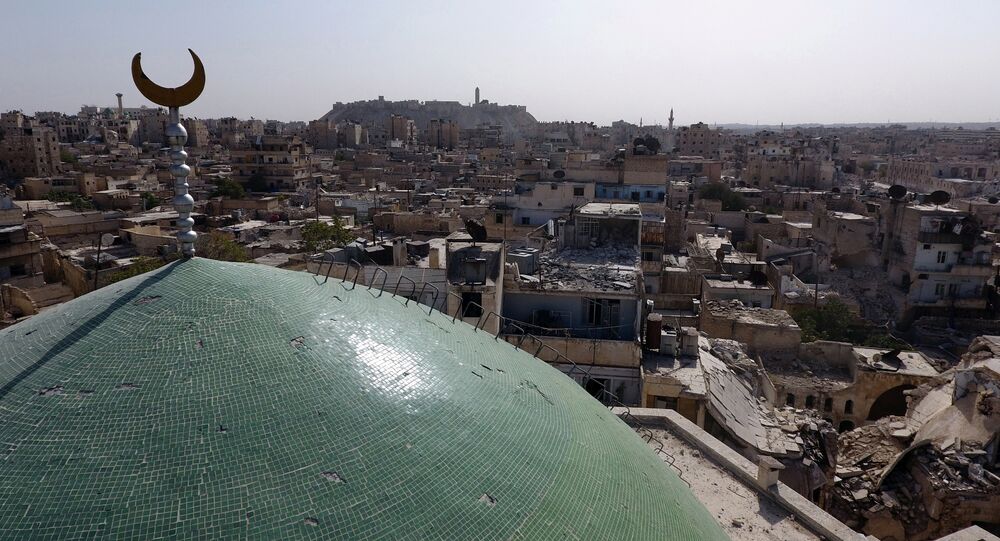 EU Should Not Leave Syria Settlement Negotiations to Russia, US - Belgian FM

According to the Belgian foreign minister, the EU should play an active role in negotiations to settle the Syrian crisis.

© REUTERS / Abdalrhman Ismail
Egypt Pledges to Help Syria With Evacuation, Aid Coordination in Aleppo - Foreign Ministry
BRUSSELS (Sputnik) — The European Union should play an active role in negotiations for a peaceful settlement in Syria not leaving the process to the United States and Russia, Belgian Foreign Minister Didier Reynders said on Thursday.

"When Europe speaks with one voice, it has a role that should be played. If not, we leave the field free for negotiations to be conducted exclusively between Washington and Moscow," Didier told the local Premiere broadcaster.

On September 9, Russian Foreign Minister Sergei Lavrov and US Secretary of State John Kerry unveiled a peace plan to address the ongoing conflict in Syria. The ceasefire deal was later shattered by numerous violations, which resulted in intensified fighting between the Syrian government and militants in Aleppo.

On October 8, the UN Security Council considered two draft resolutions: the French, for the introduction of a ceasefire and a no-fly zone in Aleppo, and the Russian, which supported the UN special envoy's plan and adhered to the September 9 US-Russian agreement on Syria. Neither of the documents was adopted. Last week, New Zealand proposed a new draft resolution.

A planned 11-hour pause in airstrikes on terrorist positions in Aleppo came into effect at 8 a.m. local time (05:00 GMT) on Thursday. Russian Defense Minister Sergei Shoigu said on Tuesday that Russian and Syrian air forces had halted attacks around the besieged city in preparation to Thursday’s humanitarian pause.

Syrian Army to Clear Aleppo of Militants After Humanitarian Pause