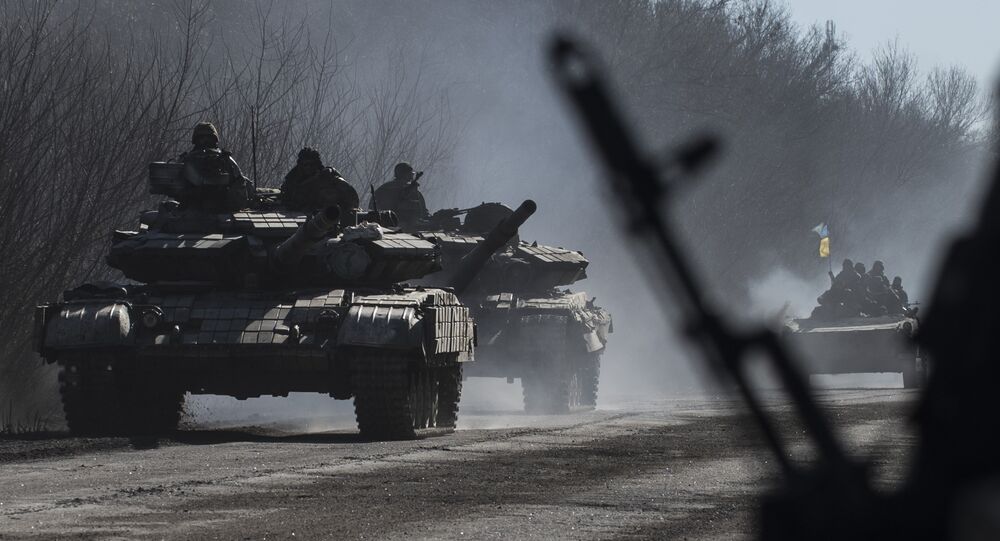 According to a senior Russian lawmaker, the recent Normandy Format meeting in Berlin proved that the Minsk deal is still alive.

MOSCOW (Sputnik) — The latest meeting in Berlin proves that the Minsk ceasefire agreement and process is still alive, the chair of the Foreign Affairs Committee of the Russian upper house of parliament, Konstantin Kosachev, said Thursday.

"The Normandy format meeting in Berlin shows that the format is alive. More importantly, the Minsk agreements and the Minsk process itself are alive. Despite blown deadlines and persistent clashes of the opposing sides," Kosachev said in a Facebook post.

© AFP 2021 / VASILY MAXIMOV
Murder of Donetsk Militia Commander Threatens to Reignite Ukraine's Civil War
The leaders of Russia, France, Germany and Ukraine met late on Wednesday to discuss matters related to the conflict in Donbass and the embattled Syrian city of Aleppo.

© Sputnik / Maks Vetrov
Ukrainian Troops Launch Offensive in South of Donetsk People's Republic
In February 2015, Kiev forces and Donbass independence supporters signed a peace agreement in the Belarusian capital of Minsk. The deal stipulates a full ceasefire, weapons withdrawal from the line of contact in eastern Ukraine, as well as constitutional reforms that would give a special status to the breakaway Donetsk and Lugansk People's Republics.