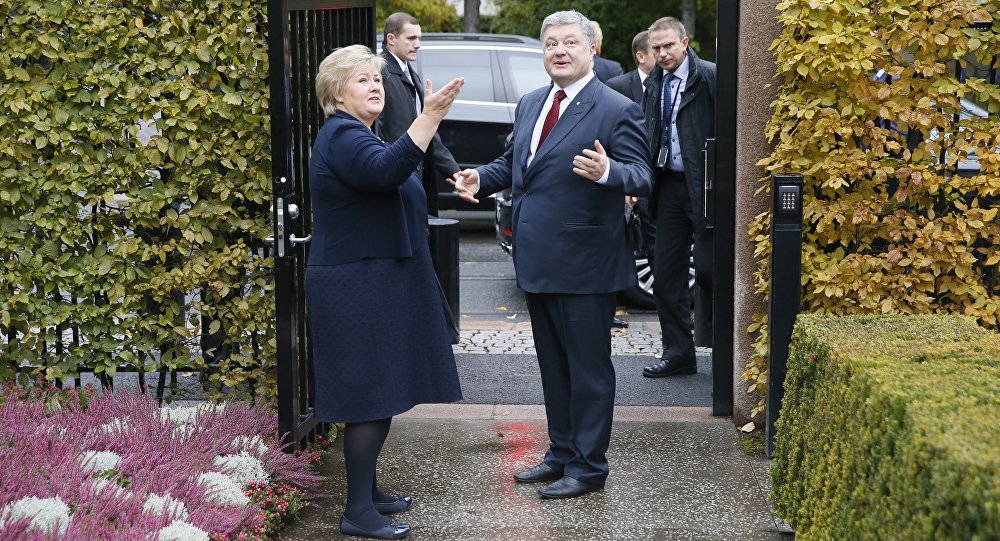 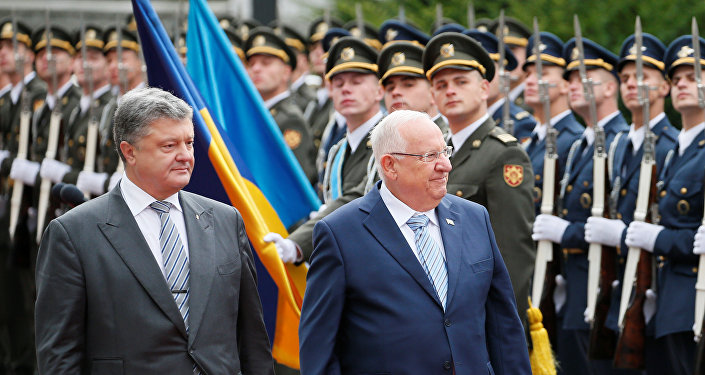 In the meantime, Norwegian daily Aftenposten painted a rather grim picture of Oslo's partner state in Eastern Europe. Most notably, after only two years and four months in office, Poroshenko is almost as unpopular as his predecessor Victor Yanukovych, who was ousted during the Maidan Coup in February 2014. According to Aftenposten, only 10.7 percent of Ukrainian voters still have confidence in the president, who was surpassed by both his old rival Yulia Tymoshenko and Yuriy Boiko, leader of the pro-Russian Opposition Bloc, where the six parties which did not endorse Euromaidan merged. Even Oleh Lyashko, the controversial leader of the populist-nationalist Radical Party enjoys the same level of support as Poroshenko.

© Sputnik / Vitaliy Ankov
Millions of Ukrainians Don't Know Where to Get the Money to Heat Their Homes This Winter
Aftenposten went on to suggest parallels between the political power struggle in Ukraine and the US TV series "House of Cards," citing cynical intrigues, murders of journalists, oligarch feuds and open fights in front of TV cameras.

"The Ukrainian community is disappointed and furious. People expected so much more," Ukrainian corruption hunter and lawmaker Serhiy Leshchenko told Aftenposten. "Oligarchs have more power now than they had before Maidan," he added.

A recent investigation conducted by Ukrainian journalists and funded by the Danish Foreign Ministry channeled fierce criticism towards the dinner companion of the King of Norway. Consequently, President Poroshenko was accused of surrounding himself with old business cronies and family members, as well as hampering a series of reforms to combat corruption, Oligarch Watch conducted.

Furthermore, criticism was drawn towards Poroshenko's luxurious suburban residence, which includes a spacious white mansion resembling the U.S. White House, two smaller houses and even a chapel. The mansion is said to surpass that of Poroshenko's notorious predecessor in extravagance. 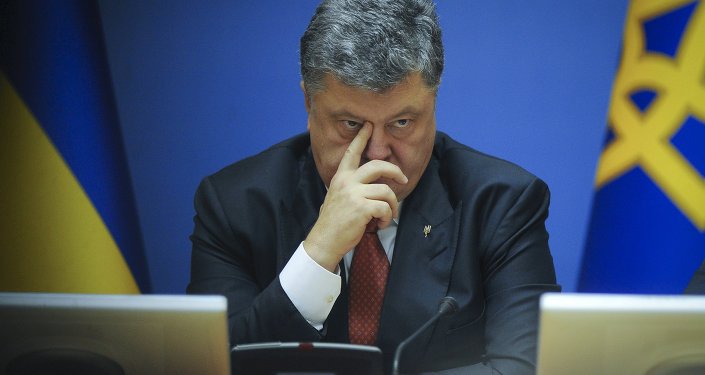 © REUTERS / Andrew Kravchenko/Pool
Reformers vs Oligarchs: 'Ukraine on the Brink of Political Catastrophe'
Earlier this year, Aftenposten revealed that Poroshenko had established offshore companies in the British Virgin Islands for his chocolate profits, while the conflict in Eastern Ukraine was raging. Subsequently, the case was hushed up, Aftenposten reported, citing President Poroshenko's grip over the country's media. According to an analysis by Vox Ukraine analytical platform, only 1.4 percent of roughly 2.900 reportages concerning Poroshenko on Ukraine's main channels were negative.

The oligarch-turned-president's grip on the media is the reason why Ukraine slipped to 107th place in the ranking by Reporters Without Borders.

As regards the economic situation, Ukraine's "chocolate king" also failed to deliver on his promises, Aftenposten pointed out. In 2015, Ukrainians' purchasing power fell to $7.450 in 2015, making them in effect poorer than Albanians and Mongols.

Worse still is the situation with corruption. In this regard, Ukraine has been ranked 130th by Transparency International.