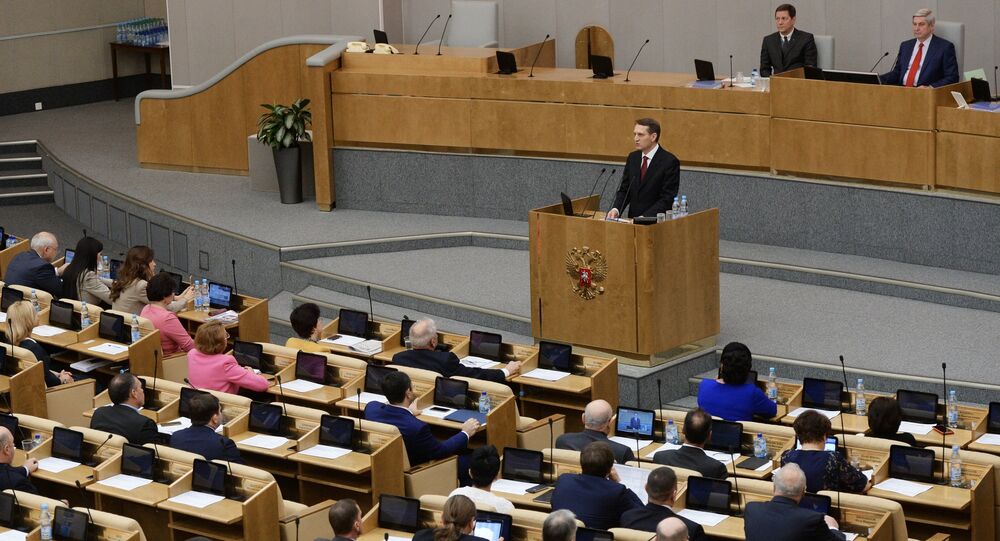 The lower house of the Russian parliament approved a draft bill suspending the plutonium disposal agreement with the United States.

Moscow cited Washington's hostile actions on October 3 as the reason behind its withdrawal from the 2000 Plutonium Maintenance and Disposition Act.

The upper house is expected to consider the bill next Wednesday.

According to the bill, Russian President Vladimir Putin may make a decision to renew cooperation with the US in the area if Washington reduces military infrastructure and the number of US toops in NATO member-states that joined the alliance after September 1, 2000, to a level at which they were when the plutonium deal entered into force.

Moreover, the US should reject hostile policy toward Russia by abolishing the Sergei Magnitsky Act, as well as lift all sanctions against Russia and cancel Ukraine Freedom Support Act. The bill also stipulates that the United States should compensate losses Russia has sustained during sanctions, including the damage as a result of Moscow's countersanctions and present a detailed plan on plutonium disposal.

In signing the updated PDMA in 2010, the United States agreed to convert its plutonium into a mixed oxide (MOX) fuel at a reprocessing facility in the state of North Carolina. However, as a result of major cost overruns, in 2015 the United States abandoned its MOX facility, opting instead for a less expensive process of diluting and storing the plutonium at a site in the state of New Mexico.

At the same time, Russia has already created infrastructure sufficient to dispose of the country's weapons-grade plutonium at its Beloyarsk Nuclear Power Plant.