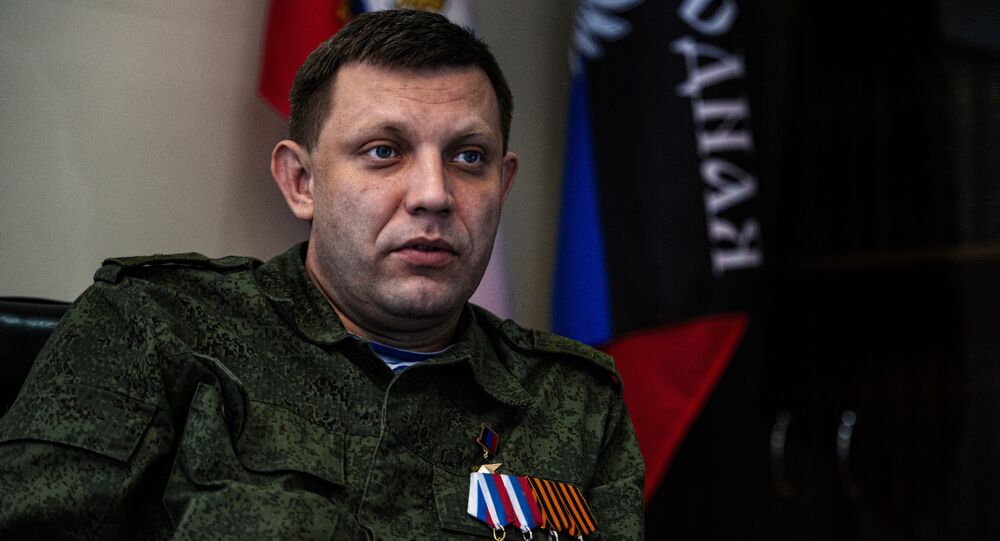 DONETSK (Sputnik) – On Saturday, Poroshenko said that Ukraine would not advance in the political process before restoring control over the border between Russian and the Donestk and Lugansk People’s Republics.

“Today we conducted drills, which are connected with two issues. The first one is a sharp escalation on the contact line, and the second one – a statement of Petr Alekseyevich [Petro Oleksiyovych] Poroshenko that fully revoked the Minsk agreements and practically initiated a new cycle of hostilities,” Zakharchenko said at an emergency meeting, as quoted by the Donetsk News Agency.

Kiev launched a special military operation in Ukraine’s southeast in April 2014, after local residents refused to recognize the new Ukrainian authorities, which came to power as a result of what many considered to be a coup.

In February 2015, a peace agreement, which was agreed by the Normandy Four countries, namely Russia, Ukraine, France and Germany, was signed between Ukraine’s conflicting sides in the Belarusian capital of Minsk.

Kremlin Expects No Breakthrough on Donbass From US Official's Moscow Visit

US Should Send Lethal Weapons to Kiev if Donbass Remains Destabilized