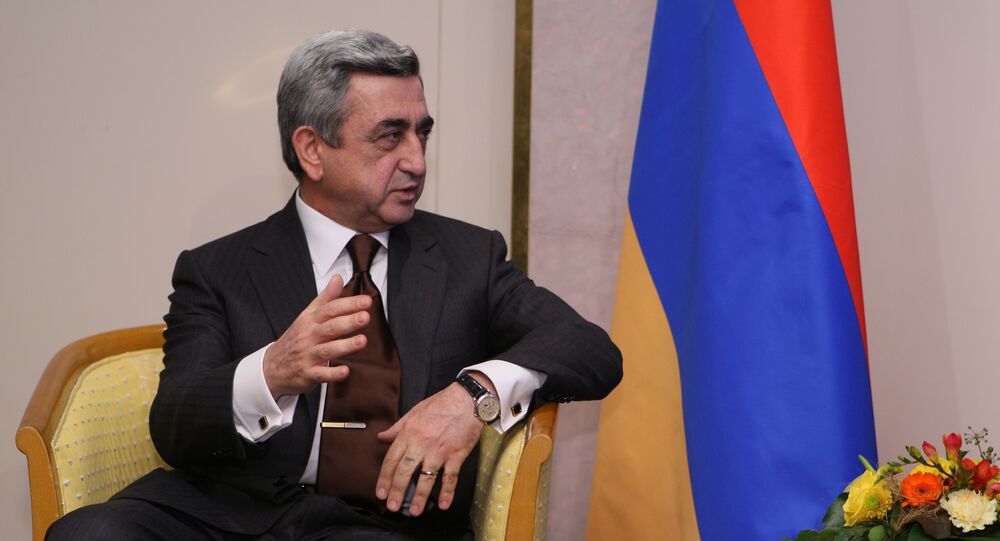 "A number of serious documents and decisions, related to the significant strengthening of the organization's potential, improvement of the collective security mechanisms and the working bodies, were approved. Among the other results of this session I would like to single out the CSTO strategy for the collective security," Sargsyan told journalists following the CSTO Collective Security Council's session.

The organization made a decision at its Yerevan summit to establish its own crisis response center, Sargsyan said.

"A decision was made to establish a crisis response center of the CSTO, which will task itself with information-analytical, organizational and technical support of corresponding decisions reached by the statutory bodies, as well as to ensure the exchange of information in real time," Sargsyan said.

The organization also signed a document on formation of a single list of terrorist groups, Sargsyan added.

"Also, there were documents signed in the sector of countering international terrorism, a provision on forming of a single list of organizations which are considered terrorist in the CSTO format," he said after the organization’s summit in Yerevan.