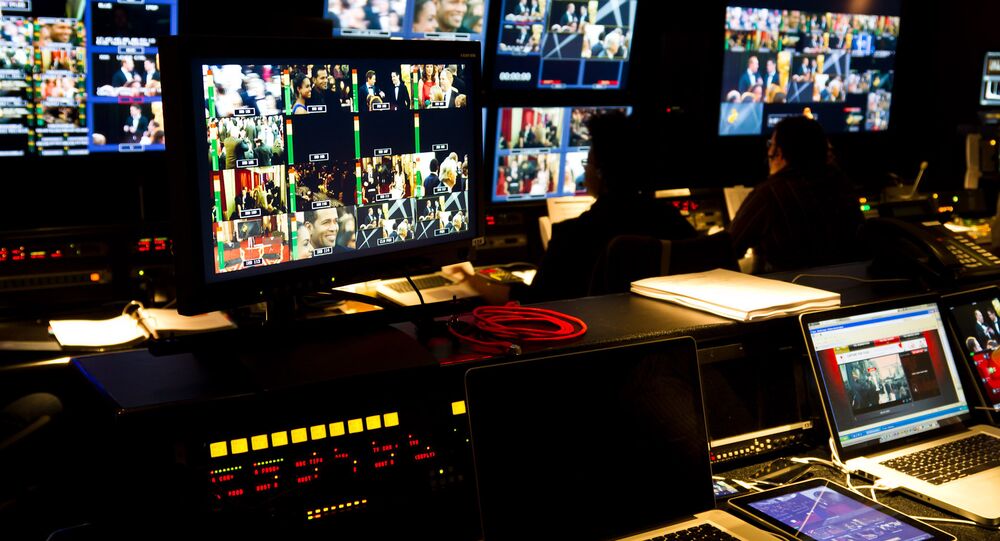 The craze reached a whole new level this week in the US after Newsweek magazine essentially accused one of the two main presidential candidates, Donald Trump, of being a puppet that recites "Putin propaganda," and much of American mainstream media lined up to support this notion without considering the evidence.

One of the few who challenged this narrative, despite hardly being a Trump supporter, was Pulitzer Prize-winning journalist Glenn Greenwald.

On Monday this week, Newsweek published an article by Kurt Eichenwald that accused Sputnik of feeding the Trump campaign anti-Clinton talking points. Despite the fact that these allegations were based on a coincidence — that both Trump and a Sputnik writer saw the same tweet, which Trump later quoted — the US media seized on the opportunity, shoehorning it into a broader narrative about Russia’s alleged involvement in the US election.

Greenwald was one of the first to rebuke Eichenwald’s wild conspiracy theory and present the facts as they were.

"The fact that so many reasoned and smart and generally careful journalists and other commentators, think tank people, got so caught up so instantly in this crazed atmosphere, essentially spreading this idea that he had discovered some sort of nefarious Russian plot…that was what was really disturbing to me," Greenwald told "Unanimous Dissent" co-hosts Sam Sacks and Sam Knight.

"It’s very much this kind of hysterical, McCarthyite tactic that anybody you dislike in politics, anyone you regard as your domestic adversary, should just be accused of being a tool of the Kremlin,” he said. “And on top of which, they’re depicting Moscow and Russia as this kind of grave, almost existential threat to the United States."

The mainstream media’s focus on election coverage allows other news of actions by the United States to slip by unnoticed.

"[Election news] has the effect of blinding the citizenry to pretty much everything else that’s taking place, including what the US government, under the current president, continues to do. For example, just last week, there was this hideous, deliberate strike by Saudi Arabia, using US weapons, on a funeral in Yemen that killed 140 people and wounded 550 more," Greenwald said.

"It got almost no attention," he added.

"I think one of the things that have happened is that so many reporters, especially now, are so devoted to one of the candidates, particularly Hillary Clinton, that they’re not actually interested in any news stories that they perceive don’t directly help her to win."

© AFP 2020 / STAFF
Exposed: US Paid Over Half a Billion Dollars for Counterfeit Al-Qaeda Propaganda

Even if this kind of Russophobia is only campaign rhetoric, it could have dangerous repercussions.

"You can’t rile up the electorate in the population into believing that [Russian President] Vladimir Putin is this Machiavellian villain, this supreme evil, that he’s intent upon almost conquering the US by dictating the outcome of our elections…without there being consequences," Greenwald said.

"When Republicans start demanding that Hillary Clinton retaliate against Russia," he asked, "how is she going to have any room at all to resist those calls when she spent a full year or more scaring the sh*t out of everybody about Vladimir Putin in order to help her political chances?"

Citing a “Russian boogeyman” is an old American political tactic, although one traditionally used by the Right, and aimed at the Left.

"It’s just so ironic that Democrats would be playing this game, given that for decades this was how Democrats were demonized."