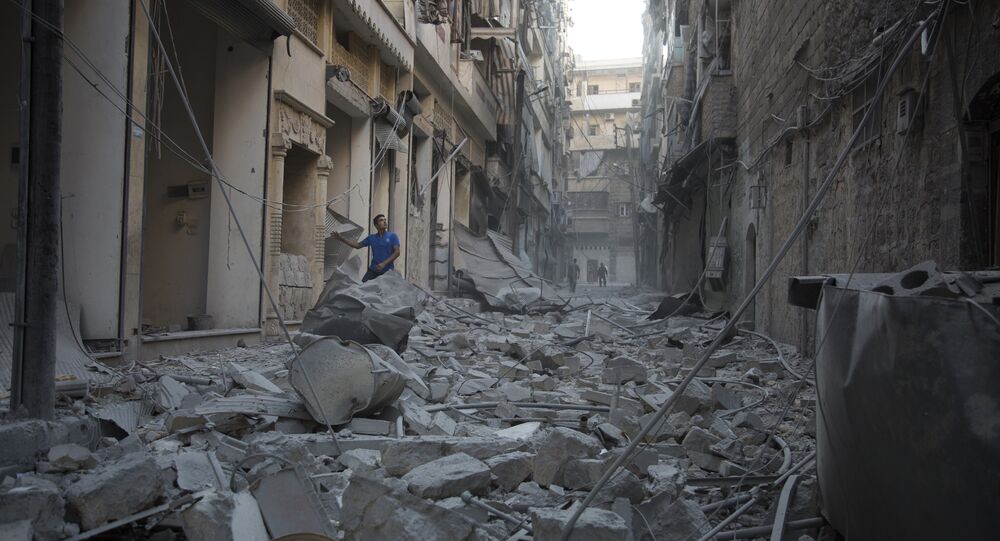 ROME (Sputnik) — Fighting in the northern city of Aleppo intensified after the Syrian army declared an end to the week-long ceasefire on September 23, blaming militants for numerous violations that made the cessation of hostilities unreasonable.

Speaking at a joint press briefing in Rome, Paolo Gentiloni said that the Italian government hoped Russia would be able to influence Syrian President Bashar Assad, "but we have to admit this was not the case."

"Instead of lapsing into the sanctions cycle we must convince them [countries backing the Syrian government] that it is necessary to stop bombardments of Aleppo," Ayrault added.

In his turn, German Foreign Minister Frank-Walter Steinmeier wrote in his Twitter feed after the trilateral meeting that, "Ending the war is not only a question of political responsibility, but also of moral credibility."

FM #Steinmeier after Rome talks on #Syria: Ending the war is not only a question of political responsibility, but also of moral credibility.

US, Allies Primarily Responsible for Situation in Syria, Region – Putin

'People Living There Like in a Big Prison': The Real Situation in Aleppo