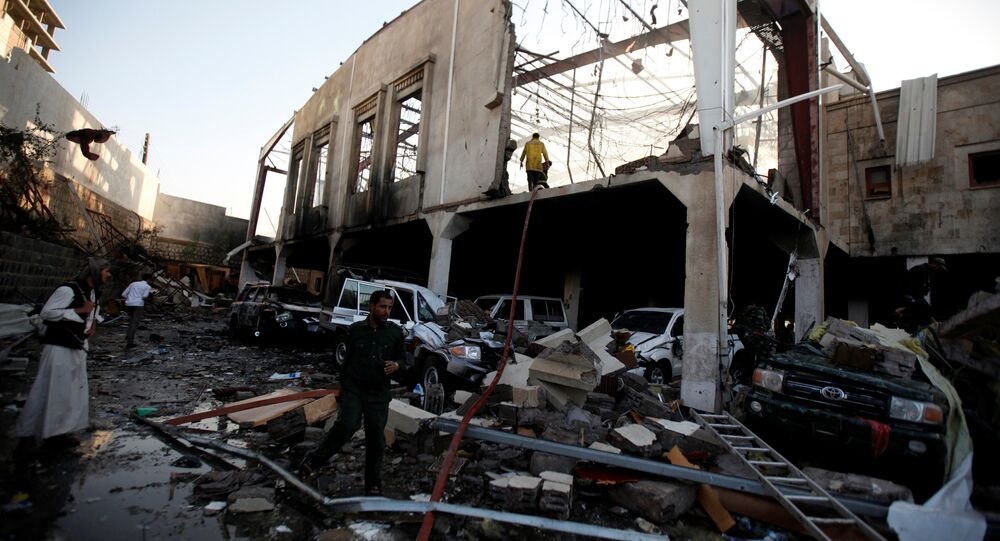 Saudi Arabia has unofficially accepted the fact that one of its coalition aircraft was behind a recent deadly bombing at a funeral in Yemeni capital of Sanaa, UK media reported on Tuesday.

MOSCOW (Sputnik) — On Saturday, an airstrike hit the funeral ceremony in Sanaa. The attack claimed at least 140 lives leaving over 500 of people injured. The Saudi-led Arab coalition denied allegations of the Houthi rebels that it was involved in the incident.

According to The BBC, Saudi Arabia approved the UK request to participate in the investigation of the incident. Investigators will determine whether the airstrike was pilot's personal decision or an order of the command.

© AFP 2020 / STRINGER
US Issued ‘No-Bomb Lists’ to Saudis in Yemen in Fear of War Crimes Accusations
The broadcaster reported, citing a Saudi official, that the would be no official statement unless the probe is over.

In August, the United Nations said that more than 10,000 civilians have been killed in Yemen since March 2015.