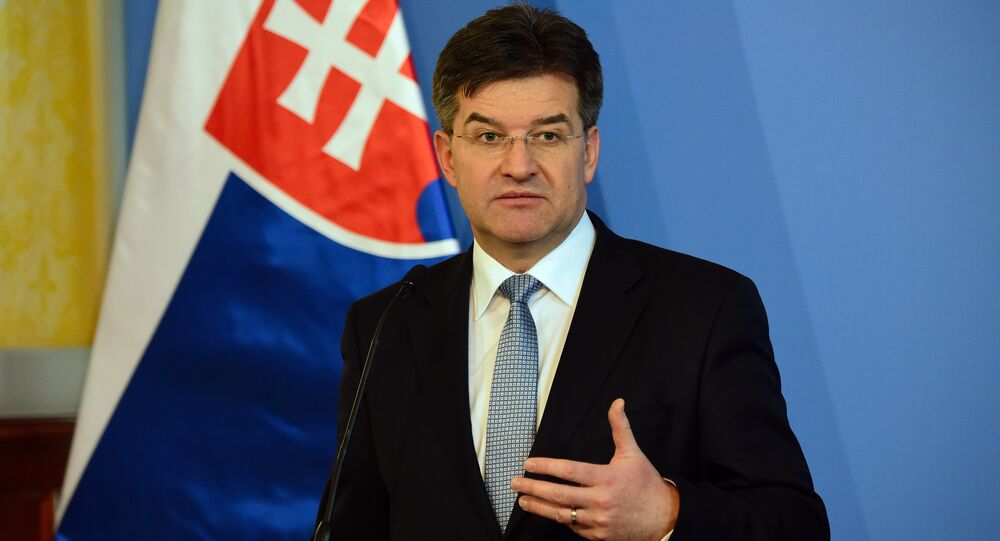 Slovak Foreign Minister Miroslav Lajcak has criticized the voting for a new UN Secretary General, saying that there was bias towards some candidates.

© REUTERS / Denis Balibouse
Nomination of UN Secretary-General 'Proof Russia & West Can Reach Agreement'
PRAGUE (Sputnik) – "Many leading EU representatives…openly expressed support for the female candidate who joined in in the last phase," Lajcak said as quoted by the Pravda newspaper on Friday, referring to European Commissioner for Budget and Human Resources Kristalina Georgieva.

Bulgaria had another candidate for the post on UN Secretary General — Irina Bokova, Director-General of the UNESCO children's fund. Even though Bokova was put forward first, while Georgieva joined in only on September 28, only Georgieva had the official support of the Bulgarian government.

"She [Georgieva] was presented in some places as the official candidate of the European Union. It caused quite a confusion among some members of the Security Council, but eventually it turned against Georgieva," Lajcak said on Friday.

If approved by the UN General Assembly, Guterres would be the ninth secretary-general, serving from January 2017 through December 2021.