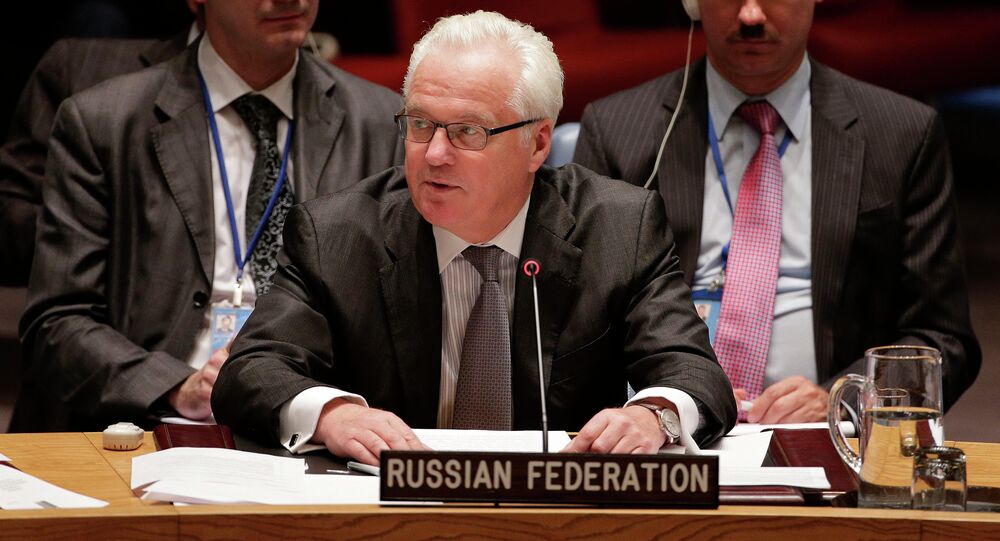 The Russian mission to the United Nations said that Russia has presented an alternative draft resolution on Syria at the UN Security Council.

UNITED NATIONS (Sputnik) – Russia has presented an alternative draft resolution on Syria at the UN Security Council, the Russian mission to the United Nations told journalists.

"After the voting on the French draft resolution, an alternative Russian document will be considered," the mission said.

The UN Security Council will vote at 3 p.m. EDT (19:00 GMT) on Saturday on a draft resolution from France that seeks to establish a ceasefire in the Syrian city of Aleppo, Russia’s mission to the United Nations has confirmed.

On Friday, Ayrault travelled to Washington having visited Moscow, in a bid to persuade both sides to adopt the resolution and impose a new ceasefire in Aleppo.

Syria has been mired in civil war since 2011, with government forces loyal to President Bashar Assad fighting a number of opposition factions and extremist groups, such as Islamic State (ISIL, also known as Daesh) and Jabhat Fatah al Sham (also known as al-Nusra Front, or Jabhat al-Nusra), both of which are banned in a wide range of countries.

Russia has been supporting Syria's legitimate authorities, the government of Assad, while Washington has sided with the so-called moderate opposition in Syria.

UN Chief Calls on Russia, US to Resume Talks on Syria