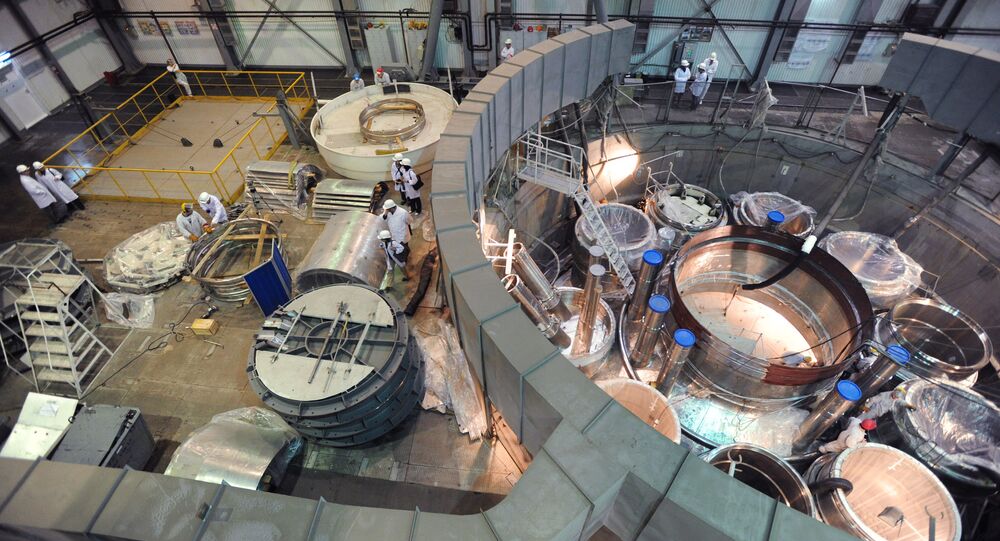 US, Russia Both Lose From Nuclear-Agreement Suspensions

Russia and the United States both stand to lose as a result of Moscow’s decision this week to suspend nuclear-science cooperation along with an agreement on plutonium disposal, former American Nuclear Society president Donald Hoffman told Sputnik.

WASHINGTON (Sputnik) — “We are losing something — the experience and expertise from the Russians to collaborate with, and they are losing ours,” Hoffman said on Thursday. “We are both losing, in my opinion. There is no winner there.”

On Wednesday, the Russian government formally suspended its 2013 agreement with the United States that established a framework for cooperation in nuclear science, technology, research and development.

© Sputnik / Maksim Bogodvid
Russia Suspends Nuclear Cooperation Agreement With US - Gov't Directive
The decision followed Moscow’s announcement on Monday that it had withdrawn from the Plutonium Maintenance and Disposition Act, citing hostile actions by Washington. That agreement, enacted in 2000 and amended a decade later, calls for each country to dispose of at least 34 metric tons of weapons-grade plutonium.

“If you look at the timing of these things, I think it says if nothing else that we, the United States and the Russians, need to revisit our relationships as it relates to…our nuclear science and technology cooperation,” Hoffman emphasized.

It would be a “shame” for the two countries to lose the “mutual benefit” of nuclear cooperation, added Hoffman, who worked for decades in the nuclear regulatory field and is now CEO of the nuclear-engineering consulting firm Excel Services near Washington, DC.

“The United States and Russia must continue a collaborative approach to nuclear science and technology, whether it is in energy production or in weapons disposal,” he stated.

The bilateral nuclear research-and-development agreement defined areas of scientific-technical cooperation in the use of nuclear energy for peaceful purposes, including nuclear security, power station design, innovation in reactor fuels, medical and industrial applications, and the handling of radioactive waste.