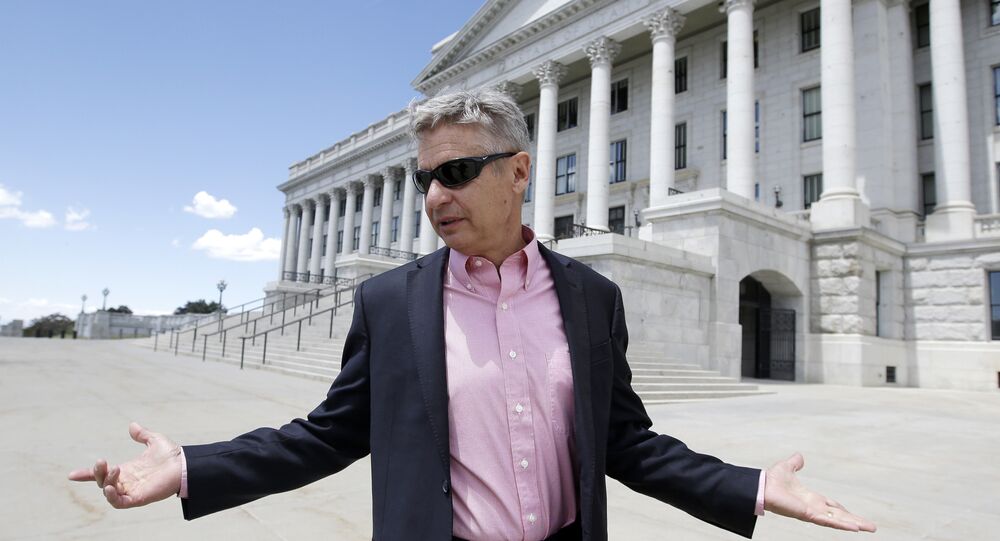 The Libertarian Party should be having their best year, given the unpopularity of the two major party candidates, but presidential nominee Gary Johnson is having a very difficult time with his foreign policy, this time not knowing, or refusing to name, North Korea’s leader.

© AP Photo / Alex Brandon
US Green Party's Jill Stein Escorted From Presidential Debate Premises by Police
On Wednesday, Johnson was asked by the New York Times if he knew the name of North Korea’s leader and he responded simply with, “I do.”

“You want me to name” he said, before pausing and adding dryly, “Really.”

This is not the first major policy gaffe by the marijuana-loving former governor of New Mexico.

In a live interview with Morning Joe in September, Johnson infamously had no clue what Syria’s second largest city was.

“What would you do, if you were elected, about Aleppo?" Mike Barnicle asked Johnson.

“And what is Aleppo?” Johnson asked, shocking everyone viewing it in studio and at home.

“Aleppo is in Syria. It’s the epicenter of the refugee crisis,” Barnicle said.

A couple of weeks later, Johnson gave an extremely bizarre interview with NBC News’s Kasie Hunt. After the reporter asked him if he thought he could poll even with major party candidates if he was allowed on the debate stage, Johnson stuck out his tongue and began speaking incoherently.

“I’m not gonna stand up there for the whole debate and not say anything and [incomprehensible],” Johnson said with his tongue sticking out.

At the end of September, appearing on an MSNBC town hall, Johnson made another massive blunder, failing to be able to name a single world leader after moderator Chris Matthews asked him which he admired.

"Any one of the continents, any country. Name one foreign leader that your respect and look up to. Anybody," Matthews said to a flustered Johnson.

“You gotta do this,” Matthews prodded. “Anywhere. Any continent. Canada, Mexico, Europe over there, Asia, south America, Africa. Any foreign leader that you respect.”

"I guess I'm having an Aleppo moment," Johnson eventually responded.

Eventually the candidate said, “the former president of Mexico,” but when asked which one, he declared that he was having a “brain freeze.” His VP pick, Bill Weld, came in with an assist, and Johnson declared that he meant Vicente Fox.

Gary Johnson, Man of the World