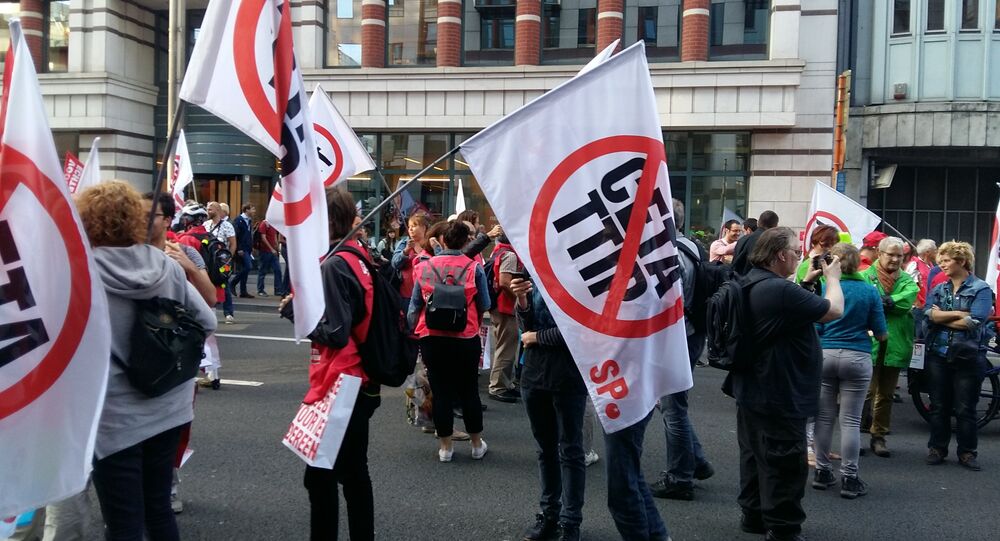 Austrian presidential candidate of the right-wing Freedom Party (FPO) Norbert Hofer told Sputnik he would refuse to sign the controversial Transatlantic Trade and Investment Partnership trade agreement (TTIP) without a referendum in the country.

© Sputnik
Stop TTIP! A 'Good Starting Point' for Rising Left Movements in Europe
VIENNA (Sputnik) — Talks on the deal resumed on Monday amid speculation that the November US presidential election could disrupt the process or possibly derail Washington’s involvement altogether.

"The Federal President signs laws and with his signature he approves that these laws are in line with the Austrian constitution. TTIP is a state contract and can be signed only after citizens of Austria have been asked in a form of referendum. I have said quite clearly during my campaign that I am against TTIP and, therefore, I would keep my promise and would only sign a state contract concerning TTIP if such a referendum has been held and the population has decided in favor of TTIP," Hofer said.

The TTIP seeks to establish a free trade zone between the United States and the European Union. The US government started discussions on the draft deal with the bloc in 2013. The details of the deal, including specific rules of market access, have not been released to the public.

The TTIP agreement has drawn severe criticism for the lack of transparency in the negotiations and for the tremendous power it would potentially grant international corporations.