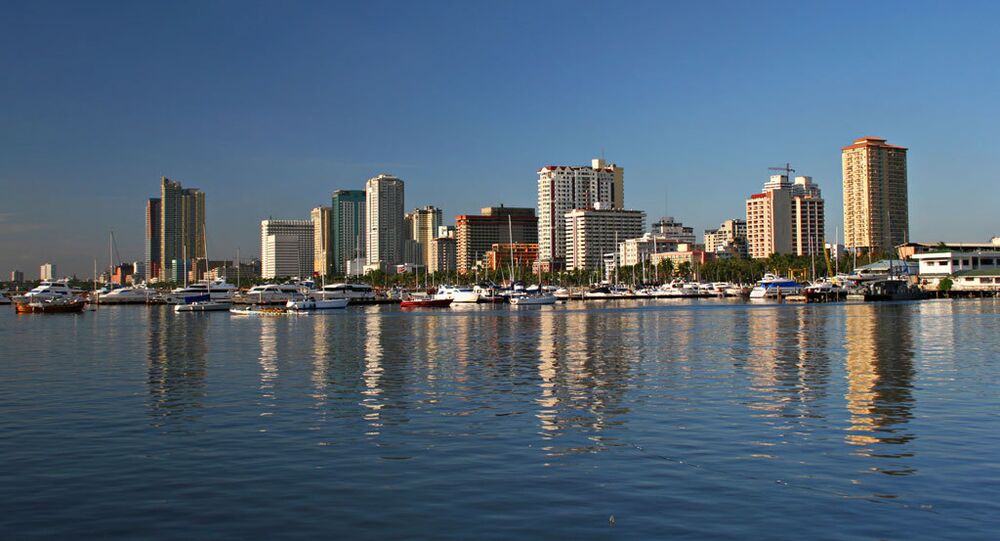 Manila will pursue its own agenda in relations with Beijing and has no intention to bow before Washington, according to the Philippines' foreign minister.

MOSCOW (Sputnik) — The Philippines intends to pursue its own foreign policy, including in talks with its big neighbor China, after breaking "invisible chains" that US "policy shapers" used to rein it in, the island nation’s foreign minister said Thursday in a statement.

"Breaking away from the shackling dependency of the Philippines to effectively address both internal and external security threats has become imperative in putting an end to our nation's subservience to United States' interests," Foreign Affairs Secretary Perfecto Yasay said.

© AP Photo / Aaron Favila
Philippines Leader Duterte Blasts Obama’s Meddling, Calls Him a ‘Son of a B----‘
His statement, carried by the Philippines’s Department of Foreign Affairs, praised sitting President Rodrigo Duterte for his effort to liberate the Southeast Asian country from the United States.

Yasay said that 70 years after the only US colony in Asia won independence US leaders and policy shapers were still treating it as "little brown brothers not capable of true independence."

He accused Washington of trying to hinder the ongoing war on drugs, launched several months ago, by false claims of human rights violations and failing the nation in its standoff with China over Beijing’s South China Sea claims.

"We have serious concerns and challenges with the Chinese as we try to engage them in bilateral talks towards peacefully settling our disputes… We will never allow China or any other nation to bully us or deal with Philippine interests under another carrot and stick policy," Yasay vowed.

In July, an international tribunal in The Hague ruled in favor of the Philippines after it challenged China's claims of sovereignty in the South China Sea. Both countries claim rights over the Spratly Islands, believed to be rich in oil and gas.