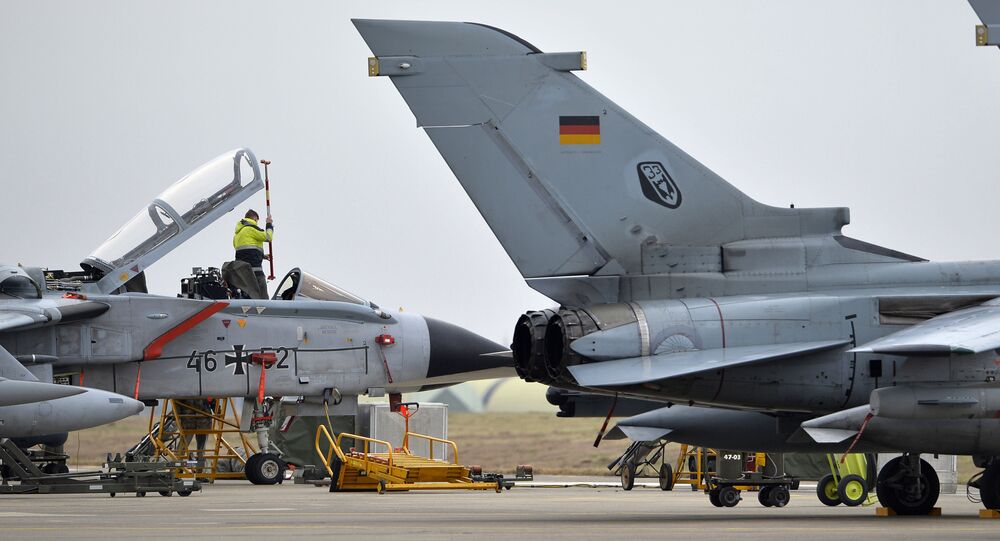 "Incirlik is a military base, where a number of states operate within the framework of agreements with Turkey. German servicemen are also present there. The German representatives will go there with no purpose to control the base. The visit is devoted to the German military serving there. Turkey has provided a permission for this visit within the framework of a bilateral treaty with Germany," Kurtulmus told reporters.

The Incirlik Airbase hosts six German Tornado reconnaissance jets aircraft, as well as jets from the United States, the United Kingdom, Saudi Arabia and Qatar participating in the US-led coalition against the Daesh jihadist group outlawed in many countries including Russia.

© Sputnik / Hikmet Durgun
Berlin Dismisses Report on Plans to Withdraw Troops From Turkish Incirlik Base
In June, Ankara restricted a delegation of German lawmakers' access to the airbase after the German parliament adopted a resolution recognizing the early 20th century massacre of ethnic Armenians by the Ottoman Empire as genocide.

Germany to Have Access to Incirlik Base If 'Behaves as Now'

Germany Considers Withdrawing Its Military From Turkey's Incirlik Base

What’s Going on? Contradictory Reports Regarding US Nukes on Incirlik Airbase