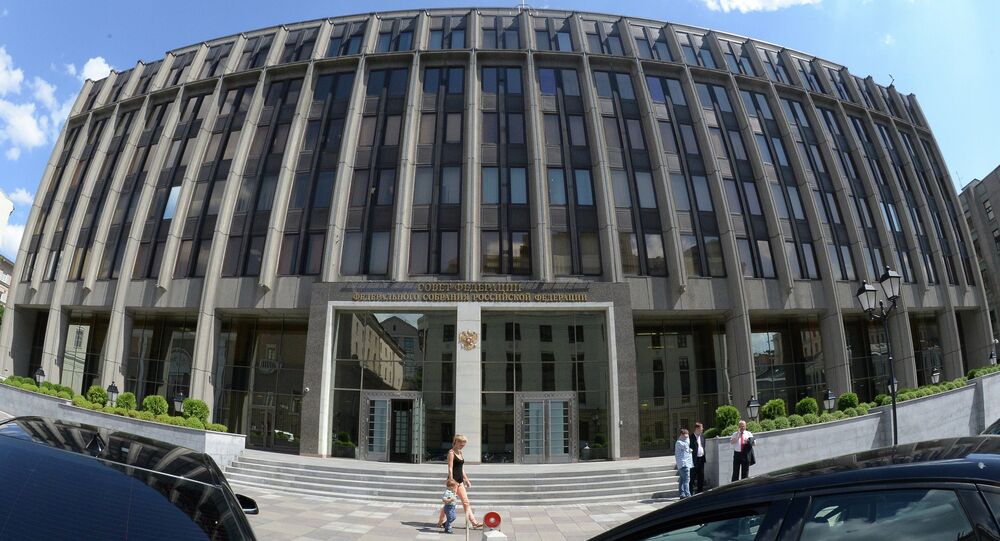 MOSCOW (Sputnik) — Moscow announced Monday that it had withdrawn from the US-Russian Plutonium Management and Disposition Agreement, just hours before the State Department said it suspended bilateral engagement with Russia on implementing a cessation of hostilities in Syria.

"I do not exclude that the State Duma [lower house] will be able to adopt it in three readings this week. It is very likely, there are no objections to the bill in the State Duma and the Federation Council. We are ready to review it quickly [and] ratify it at an October 12 meeting," Morozov told RIA Novosti.

He noted that the law must be adopted as soon as possible.

"The problem has been discussed for a long time and did not emerge yesterday. Both the Foreign Ministry and the Defense Ministry have earlier expressed their positions on the issue, both the State Duma and we have information and understanding," the lawmaker said.

© Sputnik / Grigoriy Sisoev
Russia Outlines Terms for Resuming Plutonium Disposal Agreement With US
According to the draft law on the State Duma website, the agreement may be resumed after the United States reduces its troops and military infrastructure in NATO member states that joined the alliance after September 1, 2000, to the levels they were at the time the original agreement first entered into force.

Other provisions include the annulment of the Magnitsky Act and sanctions introduced by the United States over Russia's alleged role in the Ukrainian crisis, as well as compensation of the losses Russia suffered due to the sanctions.

US ‘Disappointed’ in Russian Withdrawal From Bilateral Plutonium Agreement