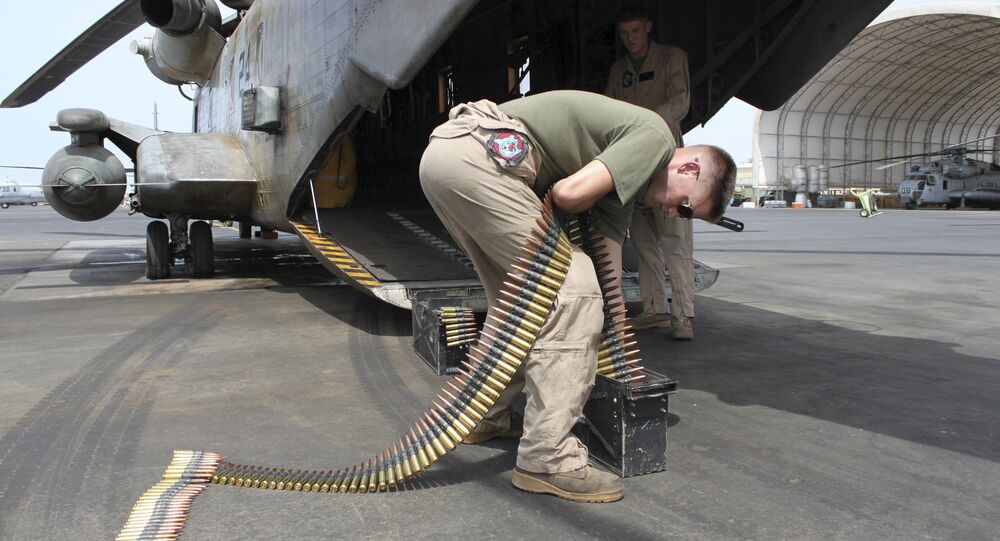 Unspoken Story of US' Growing Military Presence in Africa

The Intercept's report on the US new drone base in the city of Agadez, Niger has raised questions about Washington's growing military presence in Africa. According to experts, "knowledge of the extent and aims of US military activities in Africa remains murky."

The Intercept reported Thursday that the Pentagon is going to invest up to $100 million in a new drone base in Agadez, Niger.

Later, on Friday, the US Department of Defense confirmed that the US will build a military air base at Agadez capable of deploying drones.

Citing the files obtained by the media outlet Nick Turse of The Intercept sheds light on the US drone program in Africa.

"Air Force documents submitted to Congress in 2015 note that the US 'negotiated an agreement with the government of Niger to allow for the construction of a new runway and all associated pavements, facilities, and infrastructure adjacent to the Niger Armed Force's Base Aerienne 201 (Airbase 201) south of the city of Agadez'," Turse writes.

Turse stressed that, according to the reports, Niger was the "only country in NW [North-West] Africa willing to allow basing of MQ-9s." 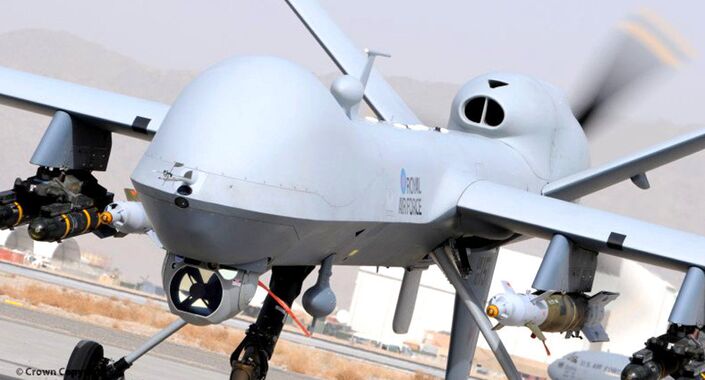 'Tracing the US Military's Presence in Africa'

While the Agadez base will seemingly become the Pentagon's second most important  drone site in Africa after Camp Lemonnier in Djibouti, the US military presence in the continent is not limited by these two sites.

Back in 2013 John Reed of Foreign Policy magazine called attention to "a handful" of US drone bases "scattered across the [African] continent and the dozens of exercises involving hundreds, if not thousands, of American troops."

Reed emphasized that the US' regular military activities routinely take place in more than a dozen African states — "from Cape Verde in the West to the Seychelles in the East and Morocco in the North."

In February 2016 The Intercept reported about yet another African drone site established by the Pentagon in Garoua, Cameroon.

For their part, US academics Adam Moore and James Walker of the Department of Geography at the University of California in Los Angeles highlighted that the US has been steadily extending its military presence in Africa since the early 2000s.

"Knowledge of the extent and aims of US military activities in Africa remains murky," they pointed out in their research entitled "Tracing the US Military's Presence in Africa." 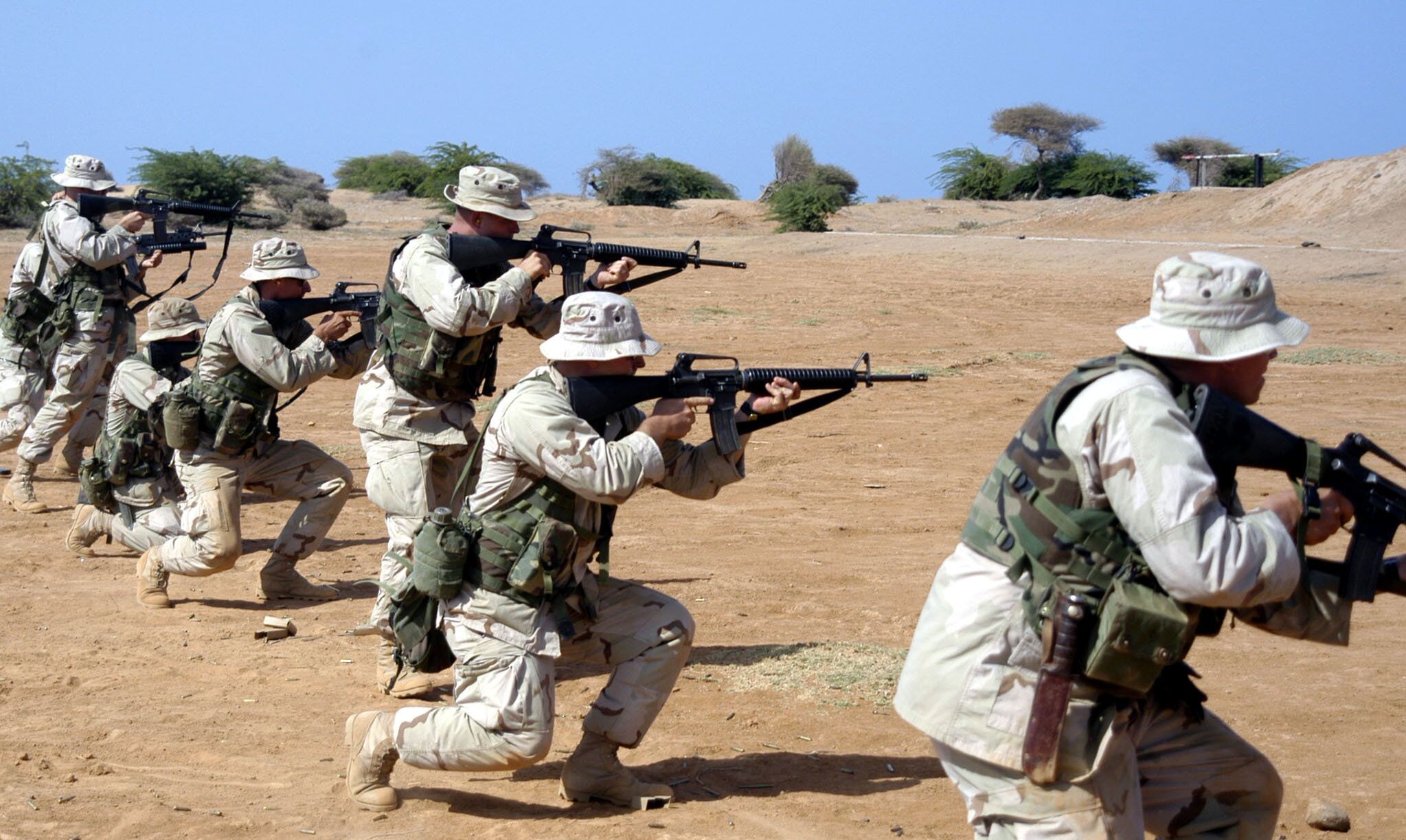 "There are various elements that make up the US military assemblage in Africa," the academics explained, "Facilities such as Camp Lemonnier, drone bases, and a growing network of cooperative security locations (CSLs) and logistics nodes across the continent and beyond."

"Less noted-but just as critical-are various bureaucratic and military practices that are instrumental in 'forging alignment' between US and African states and militaries, and facilitating flows of money, weapons, knowledge, people and ideologies in the assemblage. These include status of force agreements (SOFA), overflight permissions, multinational 'military to military' training exercises, security cooperation programs…, and military assistance programs…," Moore and Walker elaborated.

The US is not the only country that boasts a network of military footholds on the continent.

© REUTERS / Siegfried Modola
Military Footprint: Volatile Conflicts All Over Africa Trace Back to US
Dmitry Borisov, International Security expert at the Moscow State Institute of International Relations (MGIMO), stresses "the growing security cooperation between France and the United States" in Africa.

According to Borisov, France has long positioned itself as an "African gendarme." He cited Jean-Yves Haine of the French Institute of International Relations (IFRI) who admitted in his latest report that "without Africa France would be a medium-power."

While the two powers justify their enhanced military activities on the continent by the growing terrorist threat, Turse recalls that, for instance, before the US kicked off the Pan-Sahel military initiative in 2002 in Mali, Niger, Chad, and Mauritania, the region was "relatively free of transnational terror threats."

It's worth mentioning that Africa remains a focus of major foreign powers' attention due to the fact that it has a large quantity of natural resources including petroleum, precious metals, uranium, diamonds and other valuable natural reserves.

China 'Seeking to Increase Security Presence on the Continent'

On the other hand, experts note that a covert race for Africa has long begun with China expanding its influence on the continent.

In his 2015 analysis for the Russian International Affairs Council (RIAC) think tank Borisov remarked that as China's domestic market expands, so does its need for mineral resources and energy.

"To facilitate resource extraction, China has made significant investments into African infrastructure," Borisov noted, adding that simultaneously Beijing is seeking "to increase its security presence on the continent."

© AFP 2019 / ACHILLEAS ZAVALLIS
History Repeating: 'Libyan Scenario' Taking Shape in Syria
The Russian academic highlighted that China had raised its contribution to UN peacekeeping missions from 52 personnel in 2000 to 3,040 in 2015 and struck an agreement with Djibouti to establish China's first overseas base in Horn of Africa.

Borisov argues that China could have made a shift toward larger international military presence, citing President Xi Jinping's decision to establish a joint operational command structure by 2020 as a part of the country's armed forces reform.

The question remains open whether or not the race for Africa would add to the current geopolitical tensions in other regions of the world.