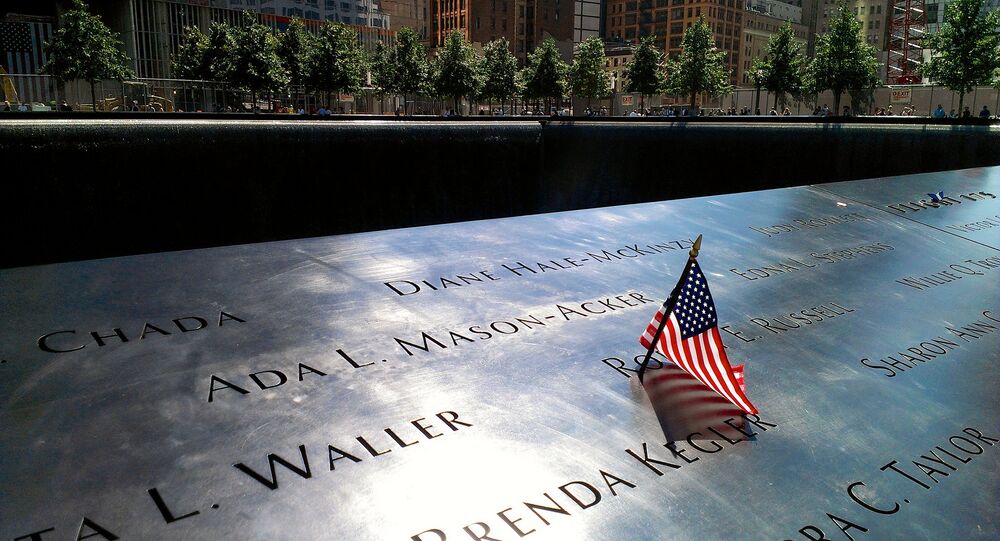 Lawmakers in the US Congress were right to override President Barack Obama’s veto of a bill allowing Americans to sue governments as state sponsors of terrorism, anti-war activist Cindy Sheehan told Sputnik.

WASHINGTON (Sputnik) — On September 11, 2001, almost 3,000 people were killed when members of the al-Qaeda terrorist group crashed hijacked airliners into the Twin Towers of the World Trade Center in New York City and a third into the Pentagon building outside Washington, DC.

A fourth airliner crashed in the state of Pennsylvania during a struggle between the passengers and the hijackers.

"I agree with the override of Obama's veto," Sheehan, a gold star mother whose son was killed in the 2004 in Iraq, said on Thursday.

On Wednesday, the US House of Representatives voted to override Obama's veto of the Justice Against Sponsors of Terrorism Act (JASTA), which would allowing Americans to sue foreign governments believed to be sponsors of terrorism.

"Most of the people who were alleged to have been the hijackers on 9/11 were Saudi Arabian," Sheehan pointed out.

Sheehan said she believed the proposed legislation would open the way through action in US law courts to reveal aspects of the September 11 plot that had never been revealed to the US public.

"I hope this paves the way for accountability for the crimes of 9/11 and I hope the families do get justice and some peace."

Sheehan said she also approved of the proposed legislation because the US government was supporting Saudi Arabia in its air strikes on civilian targets in Yemen.

"Even though Saudi Arabia is a massive violator of human rights, the United States is colluding with the Saudis to bomb the small state of Yemen."

However, Sheehan also expressed skepticism about how the new legislation might be worded if it was passed into law and uncertainty as to what else it might be used for.

"I am not confident in the ability of the US Congress to do the right thing."

Sheehan’s son, US Army Specialist Casey served in the First Cavalry Division and was killed in action on April 4, 2004. She was abandoned by the US Democratic Party when she publicly and constantly opposed the war in Iraq.