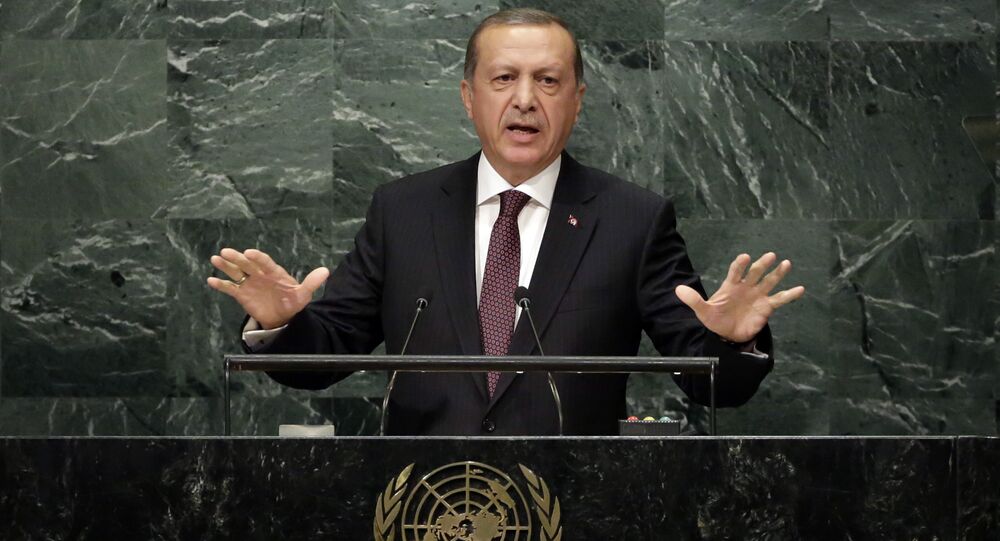 Greek diplomats and politicians have lashed out Turkish President Recep Tayyip Erdogan’s remarks about the Lausanne Treaty, calling them an attempt to call into question the existing borders between two countries and the status of the Greek islands, local media reported Thursday.

ATHENS (Sputnik) – The Treaty of Lausanne was signed on July 24, 1923, by Great Britain, France, Italy, Japan, Greece, Romania, the Kingdom of Serbs, Croats and Slovenes and Turkey. It set the current borders of Turkey, documenting the dissolution of the Ottoman Empire.

Earlier on Thursday, Erdogan criticized the Lausanne Treaty, saying it was pushed by Turkey's opponents. He added that Turkey ceded islands to Greece, where there were Turkish sanctuaries and mosques.

Greece's Skai broadcaster reported, citing the country's diplomatic sources that the Treaty of Lausanne had been recognized by the entire civilized world and Turkey could not challenge it.

All Greek political parties also condemned Erdogan’s remarks, calling them provocative, according to the TV channel.