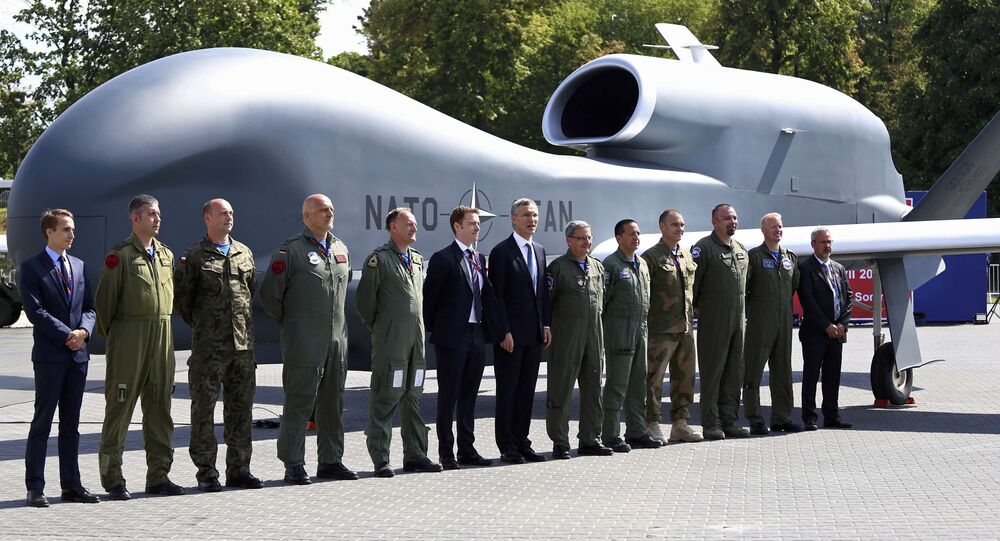 NATO generals are using the alleged "Russian threat" as a marketing tool to promote their brand, while fully realizing that Russia won't start a war first, Russian experts say.

According to Alexei Mukhin, Director General of the Center for Political Information, NATO's representatives are using aggressive statements because they act as marketing specialists who monitor the main trends on the market and change their "product" accordingly.

"NATO is developing according to the laws of the market. On the one hand, it is a bureaucratic organization, which requires considerable resources, and on the other hand, it is a kind of a showcase used to promote NATO's products and its brand, arms and engineering services, which are being imposed on other countries," the expert said during a press conference hosted by Rossiya Segodnya International Information Agency.

Along with other experts, Mukhin prepared a special report on NATO's capacities and plans, which analyzed NATO's activities over the last 50 years as well as the trends in the alliance's development.

"We have serious concerns that Western politicians no longer have any limits and turn certain facts and the chronology of events upside down; it adjusts its virtual reality to fit its concept of Russian aggression and the peaceful nature of NATO," Mukhin said.

© AP Photo / Virginia Mayo
Ex-NATO Commander: US, Russia Should Take Measures to Stop ‘Ugly Competition’
"It's no accident that NATO has chosen Russia as its aggressive opponent: Russia's doctrinal documents and an analysis of its behavior indicate that Russia will never start [a war] first, and it lets NATO off the hook," the expert noted.

For his part, Director General of the Center for Strategic Studies and Forecasts Sergey Grinyaev said that NATO's military operations do not meet the declared objectives of the alliance.

"Almost all of them, except for humanitarian aid missions to victims of the earthquake in Pakistan, turned out to be a failure," the expert stated.

© REUTERS / Ints Kalnins
'Int'l Terrorism, Not Russia, is the Biggest Threat to NATO and the EU'
Since 2014, NATO has been building up its military presence in Europe, especially in Eastern European countries neighboring Russia, using Moscow's alleged interference in the Ukrainian conflict and its potential for "aggression" against neighboring states as a pretext.