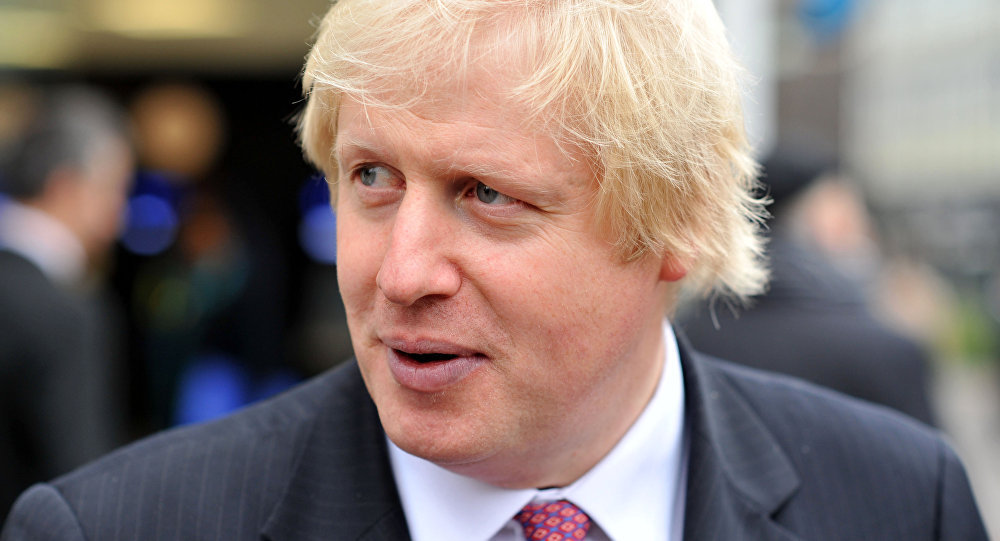 Asked if he has plans to visit Russia, Johnson answered, "When Russia manages to find a way to drop its support of Bashar Assad."

Boris Johnson also noted that the United Kingdom is determined to develop relations with Russia building on the common positive ground despite existing differences.

"We have problems in these [UK-Russia] relationships but we want to build on what is positive, where we can find things we can do together in a positive way, we want to build on that", Johnson said. "We have great difficulties over some areas, I’ve just been discussing various aspects with Foreign Minister Sergei Lavrov."

Johnson explained that London and Moscow have disagreements over the crises in Ukraine and Syria as well as over the death of former KGB agent Alexander Litvinenko and the tragic downing of Malaysia Airlines flight MH17.