9/11: Twin Towers 'Could Have Been Destroyed by Controlled Demolition'

The destruction of the World Trade Center's high-rise buildings triggered a lot of controversy prompting various speculations. On the 15th anniversary of the 9/11 tragedy a group of physicists published a study, suggesting that the towers could have been destroyed by controlled demolition.

"On September 11, 2001, the world witnessed the total collapse of three large steel-framed high-rises. Since then, scientists and engineers have been working to understand why and how these unprecedented structural failures occurred," the article dedicated to the 15th anniversary of the September 11 read.

The authors of the study argue that neither before, nor since 9/11 have fires caused the total destruction of a steel-framed high-rise.

"The only phenomenon capable of collapsing such buildings completely has been by way of a procedure known as controlled demolition, whereby explosives or other devices are used to bring down a structure intentionally," the study underscored.

"According to some physicists, in three cases it remained unclear why the steel-framed high-rise buildings collapsed from exposure to high temperatures in a way it occurred [on September 11, 2001]. Several groups of scientists, including those from Purdue University, have carried out a number of rigorous simulations of tower destructions and conducted endurance tests on steel girders exposing them to kerosene fire. These simulations and experiments have brought different results," the scientists told Sputnik.

Answering the question on the consistency of the US' official position on the 9/11 tragedy the scientists noted that although they cannot speak for the authors of the study they have no reasons to throw into question Washington's official stance.

However, they highlighted, there appear to be gaps in the US' argument.

"We hope that the discussion triggered by this article will help to shed some light on these matters in scientific terms. Our personal opinion on the theory is that it is highly unlikely that the WTC towers were destroyed by controlled demolition. However, given the fact that the issue is considered controversial by specialists more competent in this area than we are, we believe that the best — and really scientifically correct — way to resolve such matters is to publish these opinions. Then an open discussion with due arguments would lead us to truth," Velasco and Hermans emphasized. 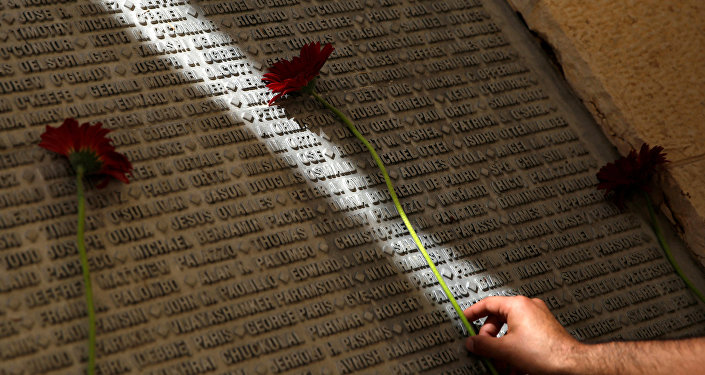 © REUTERS / Ronen Zvulun
Gulf States Slam US Bill That Would Allow 9/11 Victims’ Families to Sue Saudis
The scientists clarified that the authors of the article were recommended to them by the magazine's editorial board. However, Velasco and Hermans remarked that since the study contains some speculations and controversial conclusions they attached the disclaimer which says:

"This feature is somewhat different from our usual purely scientific articles, in that it contains some speculation. However, given the timing and the importance of the issue, we consider that this feature is sufficiently technical and interesting to merit publication for our readers. Obviously, the content of this article is the responsibility of the authors."

When asked about the comments on the study, the editors noted that some media reports have touched upon the issue. However, it seems that American media sources remained largely silent. Remarkably, Germany's reputable weekly news magazine Stern paid attention to the article.

"What is more important is that independent researchers may read the article and provide their own arguments to refute the claims," Velasco and Hermans told Sputnik.

Fifteen years ago the 9/11 terrorist attack sparked a heated debate, prompting numerous speculations and theories. The issue has caught a second wind after US President Obama approved the publication of the 28-page inquiry on the matter.