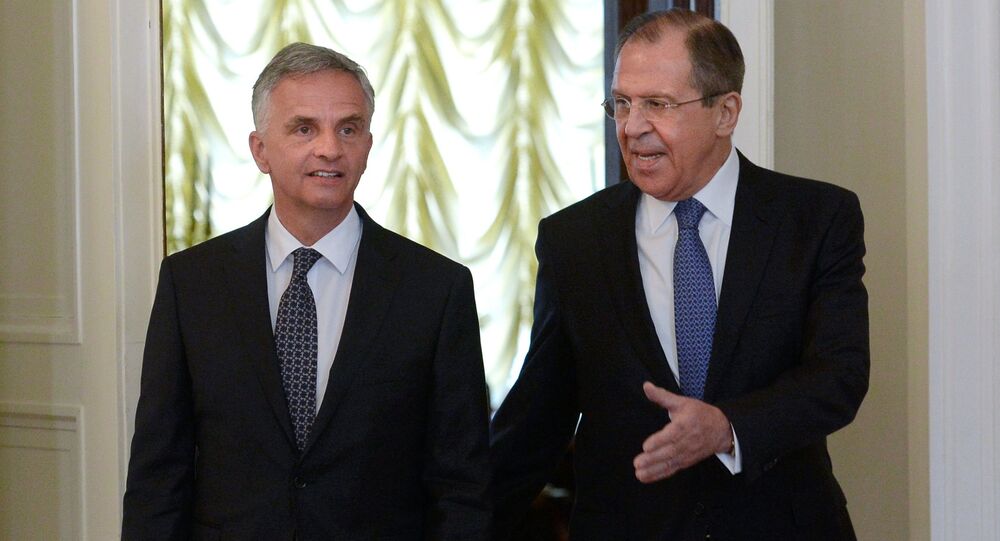 The Swiss and the Russian foreign ministers will discuss situations in Syria and Ukraine during a meeting at the UN General Assembly.

"I already had an opportunity to welcome and to say hello to my colleague Sergei Lavrov [at the United Nations], and it is foreseen that we can have a discussion tomorrow," Burkhalter said Tuesday.

"I think it will be very interesting to listen to Russia’s take, [especially] now with a very difficult situation in Syria," the Swiss diplomat said. "Also Ukraine, possibly with the Russian Federation to influence a possible visit of detainees in Lugansk and Donetsk, for instance, by the ICRC [International Committee of the Red Cross]."

Burkhalter added that the meeting would be a step forward in ongoing talks between Russia and Switzerland.

G7 to Discuss Russia's Return to Group in Case of Progress in Syria, Ukraine