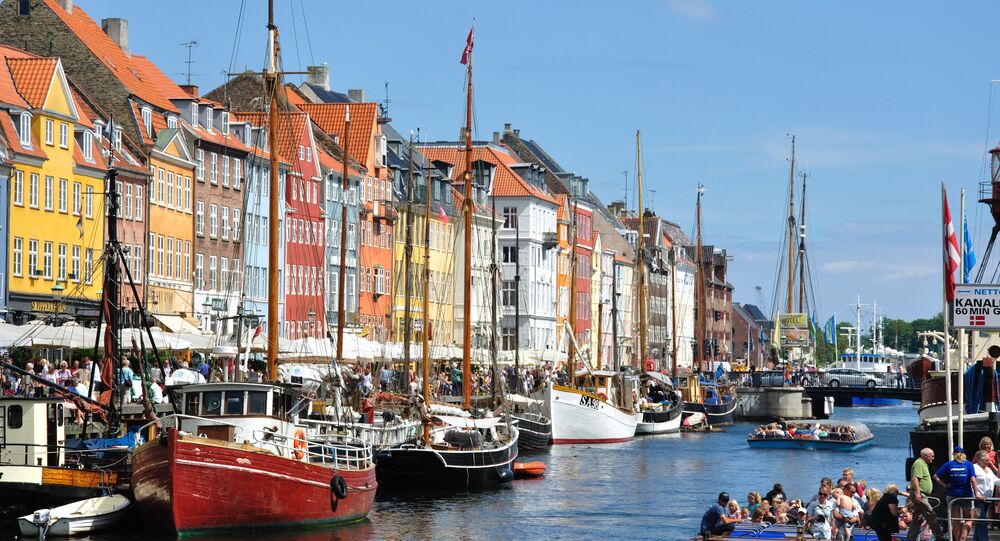 Over the past years, Denmark's relations with Russia have been marked by tension, which was exacerbated by EU sanctions and the Nordic countries' paranoid fear of Russian "aggression." Danish People's Party MP Marie Krarup came under fire for suggesting that the EU was a bigger threat than Russia and calling for a sober analysis of Moscow.

© REUTERS / Scanpix Denmark/Jens Astrup
Dangerous Liaisons: Danes Seek Close US Ties Despite Terror Risk
In August, Marie Krarup caused outrage by stating that the European Union was an existential threat to Denmark and a much bigger problem to tackle than Russia was. Subsequently, Krarup was painted by the Danish media as "Putin's useful idiot" and landed in a bitter dispute with Danish Foreign Minister Kristian Jensen over the country's foreign policy.

In her recent blog entry in the Danish newspaper Politiko, Krarup suggested that the EU is badly in need of a sober analysis of Russia and lamented Brussels' inability and unwillingness to look realistically at Russia. Krarup ventured to call Kristian Jensen "a victim of EU propaganda."

​The West's relations with Moscow rapidly deteriorated in light of Crimea's re-unification with Russia. According to Kristian Jensen, Russia must be punished for violating the international legal order.

© Flickr / 7thArmyJMTC
'Let Russia Be!' Danes Unimpressed by Government's Foreign Policy
The issue of Crimea and Ukraine is quite old and was not "invented" by Putin, contrary to Western belief, Krarup wrote, citing great Russian writer and Nobel prize winner Aleksandr Solzhenitsyn.

"Long before Vladimir Putin came to power, Solzhenitsyn raised the issue of Crimea and the Russian regions in the eastern and southeastern part of the Ukrainian Soviet republic. In 1991, he urged Russian President Boris Yeltsin to reserve the right to revise borders if the Ukrainians were to declare independence. Solzhenitsyn asked why the Ukrainians on the one hand quite understandably toppled statues of Lenin, while on the other hand kept clinging to the false boundaries that the very same Lenin had redrawn for tactical reasons after the Civil War," Krarup wrote, questioning sarcastically whether Solzhenitsyn, too, "lay himself flat for Putin."

Krarup compared Ukraine's situation to a child forced to choose between mother and father in a divorce, but instead would like to escape the choice and continue living with both of them. According to Krarup, it was "very foolish" of the EU to force Ukraine into such a choice that eventually led to the country's break-up.

© Sputnik / Anna Yudina
Denmark Rejects Russia's Proposal for Bilateral Talks on Territorial Claims in Arctic
According to Krarup, it's time to depart from the unilateral approach to Russia and shed the deep-rooted stereotypes. Krarup cited notorious US hawk Zbigniew Brzezinski who ultimately made a U-turn from his containment strategy against Russia and supported Moscow's efforts to become a partner of the West.

"Open your eyes, make a sober analysis and try to avoid the conflicts that might arise if the West continues its confrontation with Russia. We need each other in the long term," Krarup wrote.

Earlier, Krarup notoriously said that she would gladly accept the help of Vladimir Putin, Marine Le Pen and "Satan himself" in dismantling the EU, despite ideological differences.

© Flickr / jeaneeem
Brexit Fever Proves Contagious: More Danes Want to Leave EU
In July, Krarup told Danish Radio that Russia should be viewed as a "future ally" and called the West's demonization of Putin as "grotesquely ridiculous" and "really stupid."

Unsurprisingly, Krarup's remarks, which obviously contradict the Danish political discourse, triggered a lot of criticism even from the Danish People's Party government allies the Conservatives.

"It's worrisome that the Danish People's Party's defense spokeswoman is so fond of the biggest military threat to Denmark in the form of Mr. Putin's Russia," Conservative defense spokesman Rasmus Jarlov wrote on Facebook.