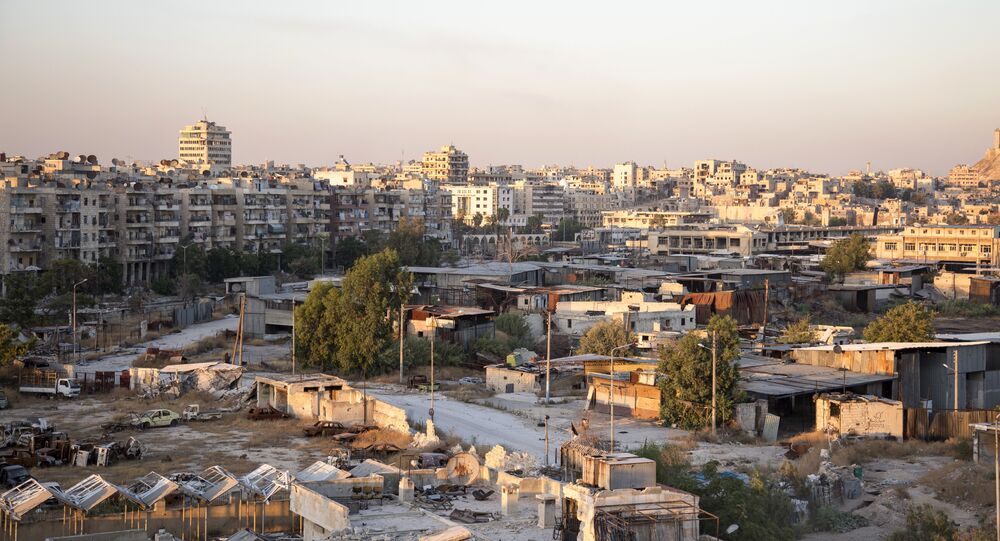 Washington has been reluctant to make its ceasefire deal with Russia on Syria public because this would turn the spotlight on those who are not complying, Russian President Vladimir Putin said Saturday.

BISHKEK (Sputnik) — Russia has been urging the United States to disclose the details of the deal on Syria, which came into force on Monday. It aims to end violence in Syria and allow for relief aid deliveries.

"The only reason why they apparently don’t want to make it public is because the international community, as well as American and Russian public will immediately find out who is not abiding by the deal," Putin said in Bishkek, Kyrgyzstan.

© AFP 2021 / Fadi al-Halabi / AMC
US List of Moderate Syrian Opposition Contains Groups With Nusra Front Links
"We agreed that al-Nusra Front should be distanced from the opposition and that their location should be disclosed as well as that of the so-called healthy [moderate] forces. What do we see instead? We see no separation of terrorists and healthy forces, but rather attempts by terrorists to regroup," he said.

"I wish we were honest with each other… And I do not quite understand, why we should conceal any of our agreements. Of course, we will not disclose them, until our US partners agree with it… I repeat that we have rather positive than negative attitude [to these agreements] and we hope the promises given by the US administration will be fulfilled."