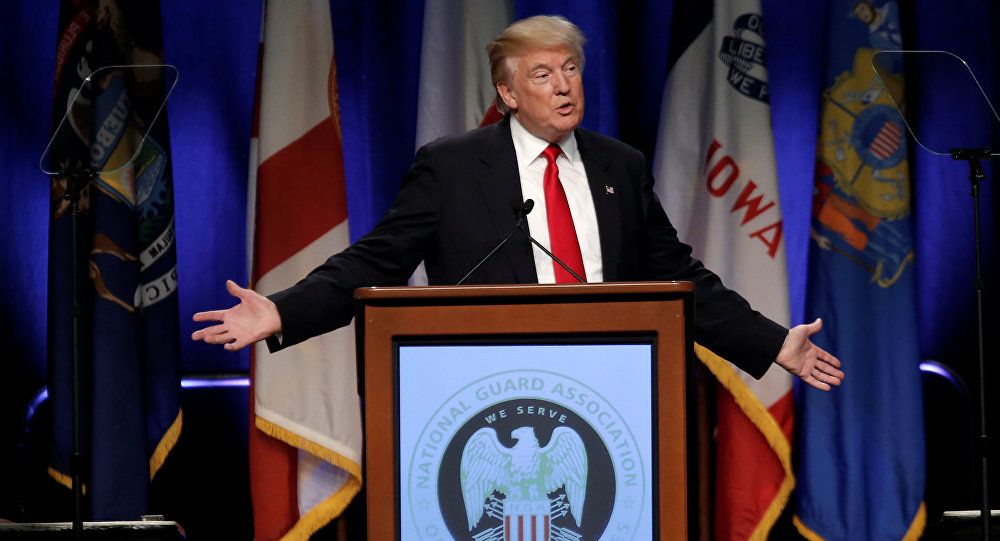 The major difference between US President Barack Obama and Russian President Vladimir Putin is that the Russian leader is a patriot, American political commentator Jonathan F. Keiler writes, adding that Putin's "effectiveness is due in large part to that fact."

In his article for the American Thinker Jonathan F. Keiler, a political commentator and former captain in the Army's Judge-Advocate General Corps, explains why Republican presidential nominee Donald Trump was "absolutely correct" when he said that Vladimir Putin's leadership is superior to Obama's.

During the recent televised NBC's Commander-In-Chief forum Trump stressed: "Certainly in that system, he's [Vladimir Putin] been a leader, far more than our president [Barack Obama] has been."

Predictably, Trump's remark triggered a heated debate in the Western media. But was Trump that wrong?

"Objectively, Trump's observations, particularly his comparison of the relative effectiveness of Putin's leadership to Barack Obama, are not obviously incorrect," Keiler underscored.

"To be sure, Putin was aided in all this by the utterly ineffectual, confused, and lazy policies of the Obama administration," Keiler noted, stressing that  "one need go no further to conclude that Trump was absolutely correct in his observation that Putin's leadership is superior to Obama's."

According to Keiler, the major difference between Obama and Putin is that the Russian leader is a patriot of his country who is seeking to strengthen Russia and advance its political, military and economic interests. 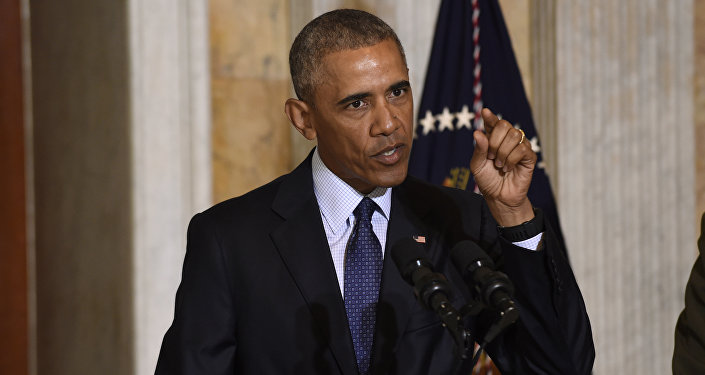 © AP Photo / Susan Walsh
'Role Model'? Obama Points Finger at Trump Over His Stance on Putin
In contrast, Obama "has deliberately sought to weaken the United States in all these areas," the commentator believes.

"By any reasonable historical model Obama is not an American patriot, a fact reflected in his serial failures," Keiler underscored.

Trump is not the only politician in the US who believes that Moscow has recently surpassed Washington in the geopolitical game.

"I think it's inarguable that Vladimir Putin has been a stronger leader in his country than Barack Obama has been in this country, and that's going to change the day that Donald Trump becomes president of the United States of America," Pence told CNN, as quoted by Politico.com. 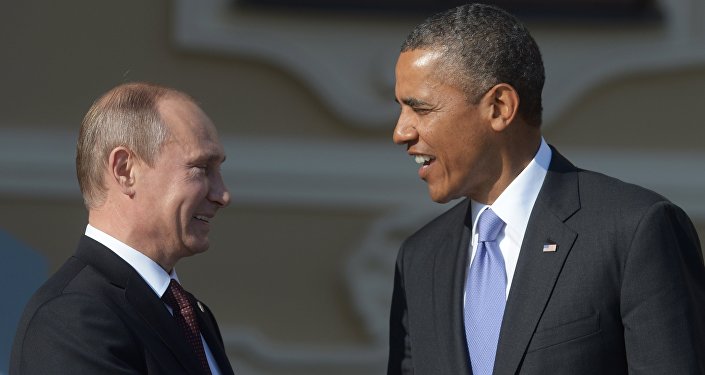 "Vladimir Putin has had a stronger influence on his country than Barack Obama has had here. He's been a stronger leader," Lewandowski said during his appearance on CNN's New Day program on September 9, as cited by the media outlet.

BuzzFeed's Emma O'Connor reported the same very day that Trump's supporters in Ohio appeared to agree with his statement regarding Obama and Putin, saying that the Russian leader "is probably a better president for his country" unlike the US president.

One of O'Connor's interviewees added: "We need a dialogue with Russia, nobody wants World War III."