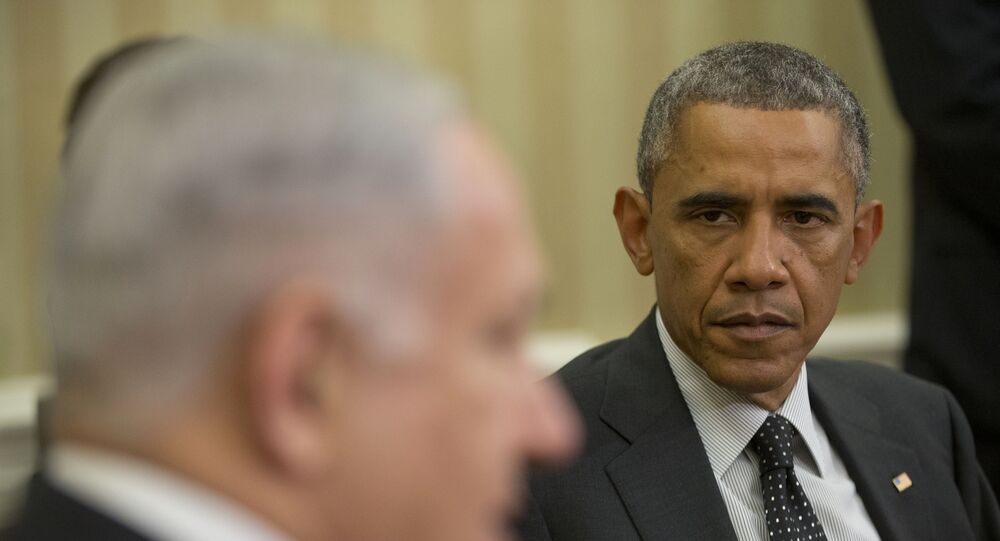 Eight years of President Obama's Mideast policy have created 'a region in tatters' according to the Jerusalem Post. The reason for this, the paper suggests, is Obama's willingness to callously abandon America's most important friends in the region, especially Israel.

According to JP contributor Rauf Baker, President Obama is responsible for much of the violence, terrorism and massacres which spread throughout the Middle East and North Africa following the Arab Spring, from Tunisia and Egypt to Libya and Syria.

© Sputnik / Michael Alaeddin
US Wants Respite, Not Ceasefire in Syria
"The current administration," Baker wrote, "failed to anticipate the outcome of Tunisia's protests and seemed highly disorganized as events there unfolded. It rushed to press former Egyptian president Hosni Mubarak to step down, before Islamists rose to power…" Since the return of the military, US-Egyptian relations have cooled. "In Libya," meanwhile, "the US president led the war 'from behind' before leaving the country to warring militias."

As for the rise of Daesh (ISIL/ISIS), which metastasized in Iraq at the start of the decade before spreading to neighboring Syria, amid US efforts to destabilize and overthrow Bashar Assad, Baker called the phenomenon 'unprecedented'.

"It was…unprecedented that a terrorist organization turns into a fully functioning state governing territory equal to the size of Ireland, while creating an economy with an estimated budget of two billion dollars," the journalist suggested.

Criticizing the commander in chief for backing down to Russia in Syria, and for allowing Iraq to become "an Iranian protectorate instead of virtually turning into the 51st state," the Israeli journalist warned that "even Turkey moved a step closer to Russia and steps away from the United States" under Obama's watch. "Frosty relations reached an extent that Ankara openly accused its former key ally of facilitating the failed July 15 coup attempt."

"In Israel," the journalist emphasized, "feelings of bitter disappointment are…deepening over Obama's negligence. Relations have reached a critical level of suspicion, at a time when Iran's existential threats to Israel never halted, pushing the Israelis and most MENA [Middle Eastern and North Africa] states that have grown wary of Washington into Moscow's arms."

Ultimately, Baker noted, President Obama, "the Nobel Peace Prize laureate, who had initially promoted a conflict-free world, is leaving his post with a heavy legacy of four wars raging in the MENA Region – a situation unprecedented since World War II."