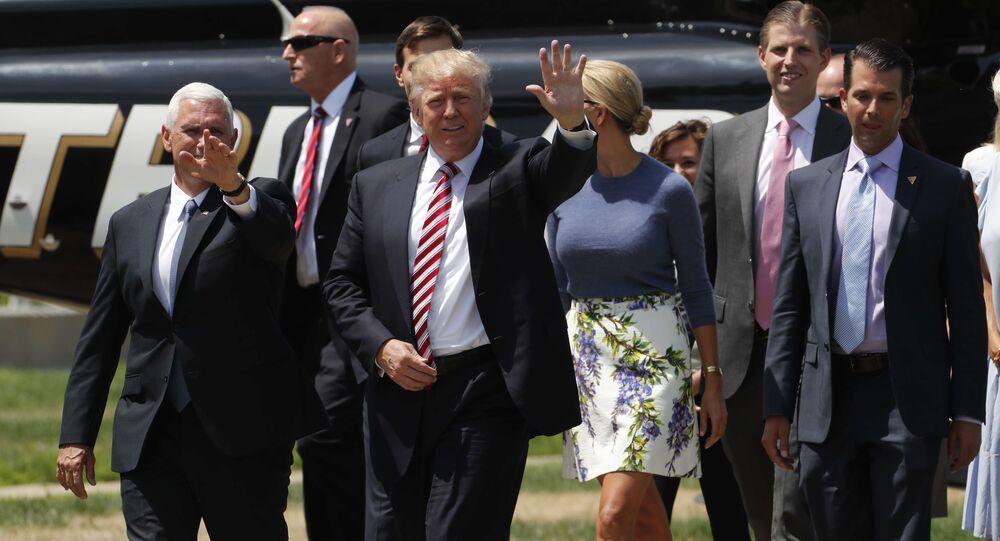 It’s no secret that Russia has become the go-to scapegoat for problems that ail the Democratic Party. Rather than address the substance of DNC hacks revealing the party’s cronyism and preference for Hillary Clinton over Vermont Senator Bernie Sanders, officials have shamelessly accused Russia of being behind the cyberattack, without any evidence.

But the "Russian boogeyman" narrative extends beyond the DNC. The mainstream media has also jumped on the bandwagon. In an article for the Washington Post, forensic pathologist Bennet Omalu went so far as to suggest that Russian President Vladimir Putin was responsible for Clinton’s pneumonia spell.

Jokes aside, Ioffe has a history of attacking the Trump campaign. In an interview published in GQ, she dove into aspects of the candidate’s wife’s family that the potential first lady did not authorize. Ioffe also used the opportunity to smear the Republican candidate.

"We know the truth. He’s not Hitler. He wants to help America. He wants to unite people. They think he doesn’t but he does. Even with the Muslims, it’s temporary," Melania Trump told DuJour in the wake of the GQ piece.

Ioffe also fanned a conspiracy theory that Melania Trump worked in the United States illegally, claims that have now been debunked.

The journalist is but one noodle in a very large bowl of spaghetti. Both the US media and the political establishment have consistently attempted to link Trump and Russia — as if that’s a bad thing!

"He loves the guy," US President Barack Obama said of Trump, referring to the Republican candidate’s admiration for Putin.

"By attacking Trump for his sympathy for Russia, Obama sacrifices the future of Russian-American relations for the sake of [Democrats’] victory in the elections."