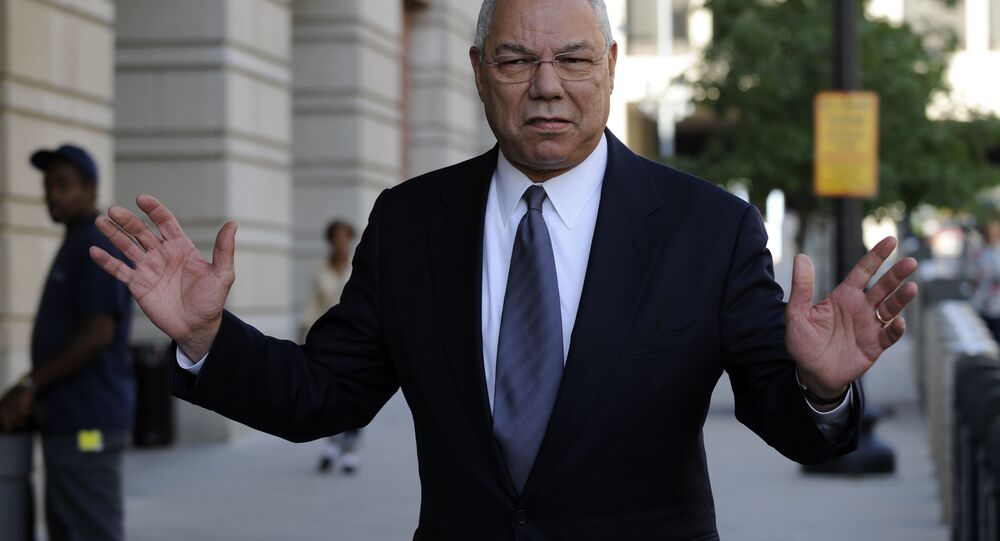 Colin Powell, the retired US general and the country’s top diplomat under George W. Bush, does not have kind words for either presidential candidate.

Another US secretary of state has been affected by an email breach.

DCLeaks.com has released the electronic correspondence of Colin Powell, who served from 2001 to 2005, and it reveals his true feelings about both Donald Trump and Hillary Clinton.

"Yup, the whole birther movement was racist," he wrote to former aide Emily Miller, describing the conspiracy theory that US President Barack Obama was not born in the United States, a theory spearheaded by Trump prior to the 2012 election.

"That’s what the 99 percent believe. When Trump couldn’t keep that up he said he also wanted to see if the certificate noted that he was a Muslim."

Regarding the current Republican presidential candidate, Powell said that Trump is a "national disgrace" with "no sense of shame" who "is in the process of destroying himself, no need for Dems to attack him.” He added that to call Trump “an idiot just emboldens him."

He had less extreme, though no less critical words for the Democratic nominee.

"Everything HRC touches she kind of screws up with hubris," he wrote to a business partner.

"She should have done a ‘Full Monty’ at the beginning. …I warned her staff three times over the past two years not to try to connect it to me. I am not sure HRC even knew or understood what was going on in the basement."

"HRC could have killed this two years ago by merely telling everyone honestly what she had done and not tie me to it," he wrote.

"I told you about the gig I lost at a University because she so overcharged them they came under heat and couldn’t any fees for awhile [sic]," he wrote. "I should send her a bill."

The former Secretary of State appears none too thrilled with either presidential nominee, something he has in common with most of his fellow Americans.