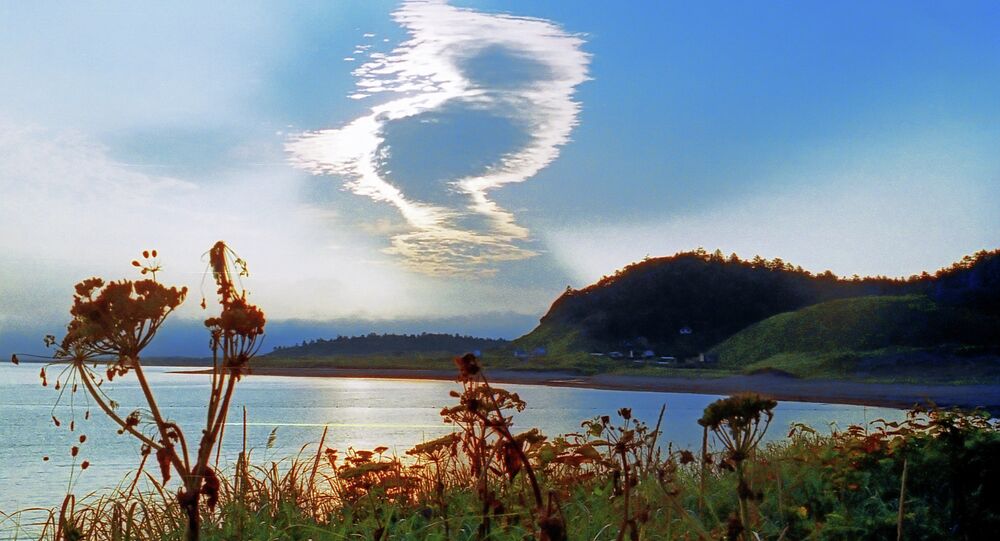 Five Reasons Why Russia Cannot Give Kuril Islands to Japan

The dispute over the Kuril Islands has remained unresolved since the end of WWII.

© Sputnik / Alexander Liskin
Japan to Benefit From Ties With Russia Even If Kuril Talks Come to Nothing
Japan and Russia have never signed a permanent peace treaty after World War II due to a disagreement over four islands, which Russia calls the Southern Kurils and Japan the Northern Territories. The disputed islands, located in the Sea of Okhotsk, were claimed by Soviet forces at the end of the war.

In a recent interview with Bloomberg, Russian President Vladimir Putin stressed that "we don’t trade territories," but he added that Moscow "would very much like to find a solution to this problem" with Tokyo.

"We’re not talking about some exchange or some sale, we are talking about finding a solution where neither of the parties would feel defeated or a loser," Putin told Bloomberg.

Sergei Luzyanin, director of the Institute for Far Eastern Studies, and Semen Bardasarov, head of the Center for Middle Eastern and Central Asian Studies, outlined the main reasons why Russia cannot give up to Japan in the Kuril issue.

To begin with, there is no doubt, that the Kuril Islands belong to Russia, Bagdasarov stated.

"There can be many treaties and agreements, and they contradict with each other. There is a fact. Yes, Russia claimed the islands by force after the war. But before, during the Russo-Japanese War, Tokyo claimed them by force too. These islands were part of the Russian Empire. They cannot be given to Japan," he told RIA Novosti.

According to him, Russian cannot give away part of its territory, including the Kuril Islands. If Moscow gives the islands to Tokyo, this will seriously damage Russia’s global image.

Second, even if one of the islands is given to Japan this would be a precedent to revise the results of World War II, Luzyanin pointed out.

"In particularly, we’re talking about the 1951 Treaty of San Francisco. According to the document, Tokyo’s sovereignty is restricted to the Japanese islands only. The document didn’t mention the Kuril Islands," the expert said.

He added that such a precedent would have dangerous consequences and will not serve Russia’s interests.

© Flickr / Martin Ehrensvärd
Is Japan Ready for a Compromise on Russia's Kuril Islands?
Third, giving part of the Kuril Islands to Japan would mean a "little tactical victory" for the United States, one of Japan’s main allies, Luzyanin said.

Despite the fact that Tokyo is showing independency in its foreign policy, Washington still has leverage to pressure Japan.

"If Japan gets the islands it will be a gift for the US and a serious psychological blow to Russia," he suggested.

Moreover, if Russia gives the Kuril Islands to Japan this will shatter country’s regional security, both experts said.

"The Soviet Union had a powerful defense system, from the Kuril Islands to Vladivostok. Its facilities were located also on the Kuril Islands. After the USSR collapsed the system was destroyed. But if Russia gives the islands to Japan now restoring a new defensive system will not be possible. It is needed to protect Russia’s eastern borders," Bagdasarov said.

The Kuril Islands also have straits of strategic importance. Plus, there are Russian bases located nearby. If Russia gives them to Japan its defense capacities in the Pacific would be undermined, Luzyanin added.

Finally, the population of the Kuril Islands is Russian nationals. They shouldn't  be hostages of international disputes, Bagdasarov noted.

"The islands can be used jointly by Russia and Japan. But this should be done with care. A legal basis is needed to protect the rights of the people living there," he said.