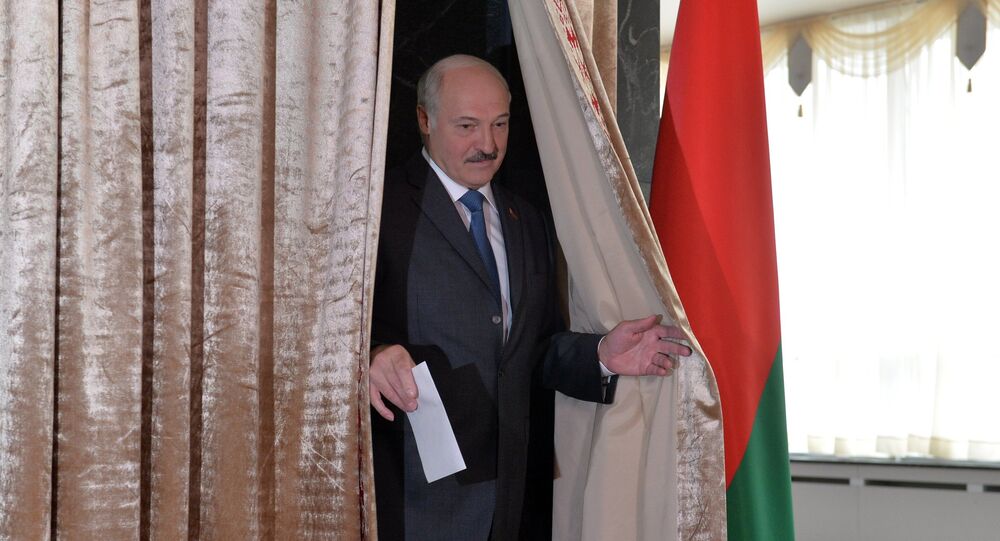 A Commonwealth of Independent States observer mission praised the transparency of the parliamentary elections in Belarus.

© AFP 2020 / Stasevich Andrei/BELTA
Actor Steven Seagal Gets a Taste of President Lukashenko's Carrots (VIDEO)
The CIS is a regional organization formed during the breakup of the Soviet Union, whose participating countries include Armenia, Azerbaijan, Belarus, Kazakhstan, Kyrgyzstan, Moldova, Russia, Tajikistan and Uzbekistan.

A total of 101 lawmakers were elected to the National Assembly of the Republic of Belarus on Sunday out of 484 candidates in a majority voting system.

Over 74% of Voters Take Part in Belarusian Parliamentary Election