Asian Countries Turning Their Back on US, Reaching to China

The last Asian trip by Barack Obama as United States president was meant to reaffirm Washington’s pivot to Asia but did not go as planned. 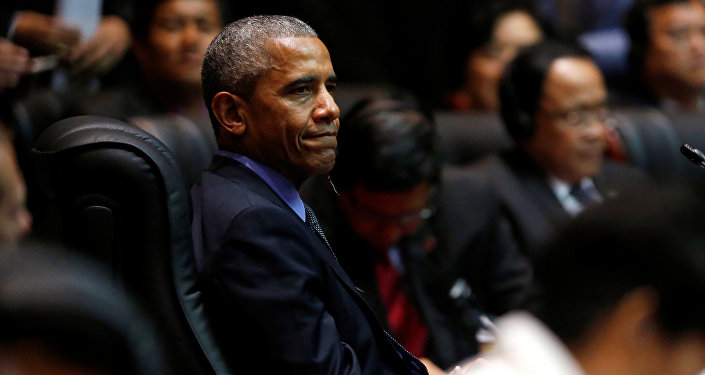 © REUTERS / Jonathan Ernst
Full of Promise, Obama's Pivot to Asia Ends With 'Slap in the Face'
According to The New York Times, Obama’s visits to China and Laos were marred by diplomatic scandals and "bad luck." They casted a shadow on Obama’s rare achievements during the trip.

During the G20 summit in China Obama managed to ratify the Paris climate deal with Chinese President Xi Jinping. However, media and new outlets focused on a small incident at the airport when Obama arrived in China. The presidential security and local security officers could not agree who would drive the staircase to the doorway of Air Force One. As a result, Obama had to leave the plane through the tail door.

Moreover, offending remarks by Filipino President Rodrigo Duterte forced Obama to cancel the meeting with him.

Washington’s reaction to Duterte’s diatribe was reserved because the Philippines is an "ally the United States will need in the coming contest with China for regional influence," an article in The New York Times read. 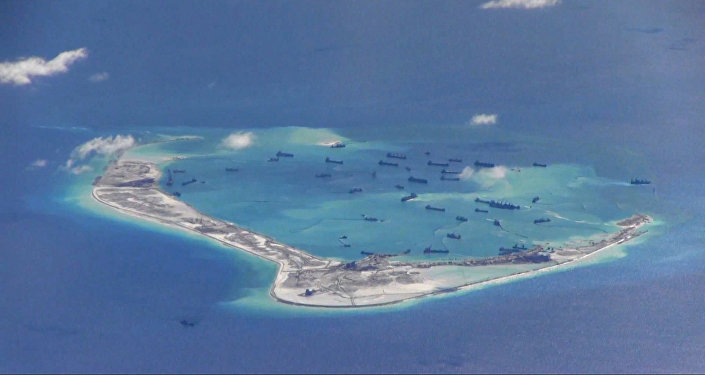 © REUTERS / U.S. Navy/Handout
US to Continue Presence in S China Sea Region
The results of Obama’s last trip to Asia demonstrate the rising global competition and instability the next US president will have to deal with.

"Obama is not only confronting regimes in Russia, China and North Korea that are at times openly hostile to Washington — or at least willing to make clear they don't want to play by its rules — but over the long weekend, he got headaches from allies as well, notably Turkey and the Philippines," according to CNN.

During his speech at an ASEAN summit in Laos, Obama said that the US will further strengthen its influence in the Asia-Pacific region. However, many experts say that it will be difficult for the US to counter the rising China.

China demonstrated that it will boost its positions in the region and strengthen ties with allies, said Alexei Maslov, head of the School for Eastern Studies at the Higher School of Economics.

"Beijing used the fact that Obama will soon leave office and he is a lame duck. China showed the US that it will prevent any American presence in the zone of interest," he told the Russian analytical website Svobodnaya Pressa.

© AFP 2019 / MIGUEL MEDINA
China Ratifies Paris Climate Deal
According to the expert, the standoff between the US and China will further deepen. At the same time, Washington and Beijing are developing economic ties and in this context Obama’s visit was successful.

"But as for politics, Beijing demonstrated that it will firmly adhere to its stance," Maslov said.

Andrei Ostrovsky, deputy head of the Institute for Far Eastern Studies, agreed that Washington failed to reach its goals in Asia.

"To some extent, Obama’s pivot to Asia is successful. After China signed a free trade agreement with ASEAN countries the US started to boost influence in the region. The US initiated the Trans-Pacific Partnership. But China responded with the Silk Road project," he said.

However, currently there is a status quo between Washington and Beijing in the region.

"The TTP is the only thing achieved in the region. But it still needs to be ratified and discussed. But it was not made during this visit. Ratifying the Paris climate change deal is good, but Obama failed to achieve greater goals," Ostrovsky concluded.

Beijing Will 'Prevent US Presence in China's Zone of Interests'