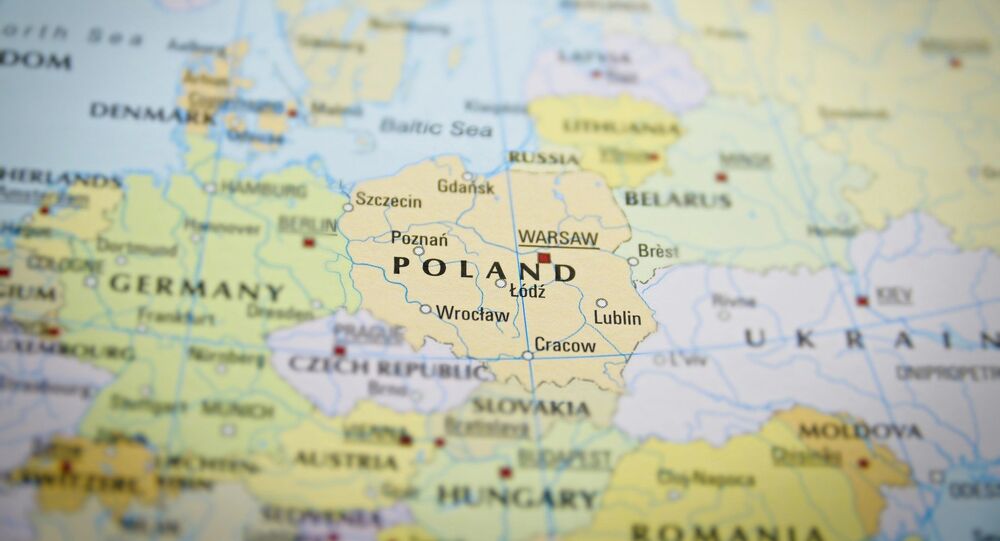 Jan Parys, the head of the Polish foreign ministry's political committee, has called on Russian officials to return to a discussion about armaments levels in Europe. Warsaw, he said, is in favor of creating a balance between the forces on NATO's eastern flank and those in Russia's Western Military District.

Speaking at an economic forum in the town of Krynica-Zdroj, southern Poland on Wednesday, the official said that Poland "would like to return to a debate on arms in Europe, to achieve a strategic balance between the military capabilities deployed in Russia's Western Military District, and NATO's eastern flank."

© Sputnik / Igor Zarembo
Will 'Defense Schengen' Cure Baltic States of Anti-Russian Paranoia?
At the same time, the official added that the two countries have many topics of common interest to discuss, including economic cooperation.

"It's not normal when neighbors don't talk to one another. Collaborative projects, of which we have a great deal, should not be subject to unilateral actions," Parys noted.

Warsaw, Parys suggested, "uses very clear foundations" in its foreign policy. "Poland wants to build relations with other countries on the basis of respect for neighbors, on the basis of symmetry, on the basis of non-interference in internal affairs." Any problems that exist can be resolved if the will exists to do so, the diplomat emphasized.

"We are in favor of cooperation with Russia without preconditions; we want to expand economic cooperation on a commercial basis, and have never intended to interfere in Russian internal politics, and expect the same from the Russian side."

© AP Photo / Tibor Illyes/MTI
Warsaw, London Support Preservation of Anti-Russian Sanctions
Curiously, Parys's language on 'non-interference in internal affairs' matches the words of the country's top leaders, who, facing a crisis in relations with the EU, have repeatedly called on Brussels to avoid interfering in Poland's domestic politics. For its part, Russia has remained neutral in the European debate over Poland's internal politics. Moscow has always been more concerned about the country's military efforts as part of the US-led NATO alliance.

Recently, Polish officials have repeatedly criticized what they call the 'militarization' of the Russian exclave of Kaliningrad, situated on Poland's northeastern border, calling the Russian military presence in the region disproportionate, and a 'threat to Poland and NATO as a whole'.

Outspoken Polish Defense Minister Antoni Macierewicz has repeatedly suggested that the forces on Russia's western borders "significantly exceed" NATO's presence in the region, adding that this is evidence of "Russian aggression." Known for his intense hostility to Russia, the defense minister previously suggested that the 2010 Smolensk air catastrophe that resulted in the death of President Lech Kaczynski was a Russian 'terrorist attack' against Poland, and even that Poland and Russia have been in a 'state of war' since that 2010 air crash.

© Flickr / Michel G.
Poland Ready for Lisbon Treaty Amendment to Reform EU
Russian officials, in turn, have criticized the Polish defense ministry's outbursts, and the US and NATO for the deployment of missile defense in Europe, specifically in Romania and Poland. This deployment, Moscow said, has become one of the greatest threats to European security. According to Russian officials, the US missile defense system in Europe constitutes a violation of the INF Treaty, and will force an appropriate response.

Russian analysts have also criticized Western politicians' attempts to characterize Russian military maneuvers on Russia's own territory as 'aggressive', pointing out that Russia was not the one to expand NATO's borders from the German border all the way up to Russia's frontiers after the end of the Cold War and the collapse of the Soviet Union.

At July's NATO summit in Warsaw, the alliance made a decision to reinforce the Poland and the Baltic countries with four additional battalions. Also in July, NATO and Russian officials held a meeting of the Russia-NATO Council. At the meeting, the parties continued to disagree on the causes of the current crisis in relations, but discussed an initiative expected to lead to de-escalation involving measures to ensure the safe flights of military aircraft over the Baltic Sea.