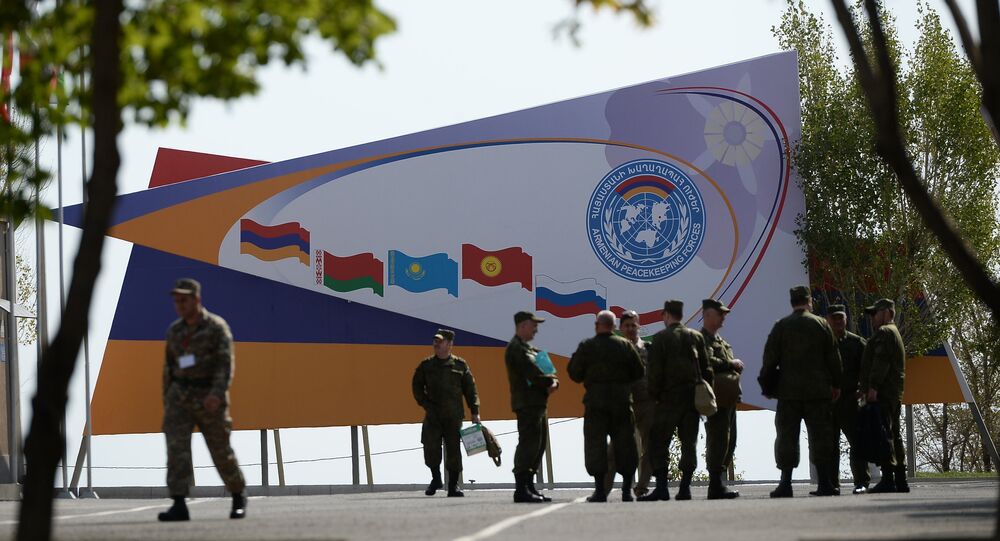 CSTO is developing a roadmap to include its members in UN peacekeeping operations.

"We agreed to set up and prepare a roadmap for the involvement of CSTO peacekeepers in UN peacekeeping operations," Bordyuzha told RIA Novosti.

Bordyuzha said the multi-phase process would start with dispatching CSTO officials, advisers and individual state representatives to UN peacekeeping missions, followed by the activation of forces.

"We have studied several options with the UN on the use of our peacekeepers and are still working on it. There are no decisions yet, although we conducted negotiations a few months ago at the UN headquarters. I am heading to New York for the UN General Assembly ministerial week, where I will also meet with UN Department for Peacekeeping Operations heads. We will also discuss the specific use of our peacekeepers," Bordyuzha said.

On the subject of a possible CSTO contingent in Syria, the secretary general said he saw no reason to send the organization's troops to the Arab republic.