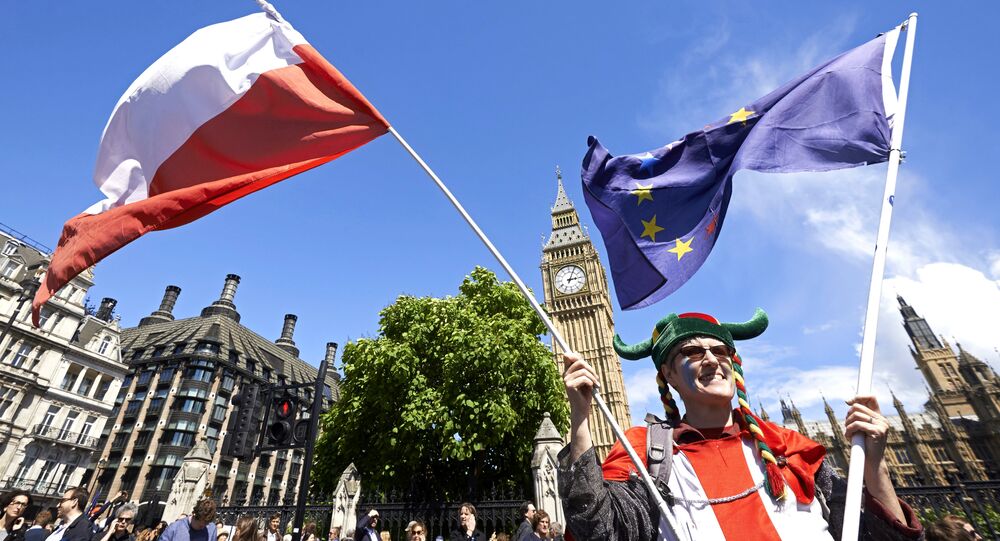 Poland’s foreign, interior and justice ministers plan to speak about a rise in xenophobic attacks on Polish expats during their upcoming trip to Britain, a Polish Foreign Ministry spokesman said Sunday.

WARSAW (Sputnik) — A Polish man was attacked and beaten to death this week in Harlow, Essex. Earlier in the day, a group of attackers assaulted two Polish men in the same town.

"In the wake of the recent incidents… Foreign Minister Witold Waszczykowski, Justice Minister Zbigniew Ziobro, and Interior and Administration Minister Mariusz Blaszczak plan to go together to London," Foreign Ministry spokesman Rafal Sobczak told a Polish television channel, without specifying the date of the visit.

Sobczak confirmed that the new attack that happened over the weekend had been classified as hate crime. The men were admitted to hospital with a cut to the head and a broken nose. One of them has already been discharged.