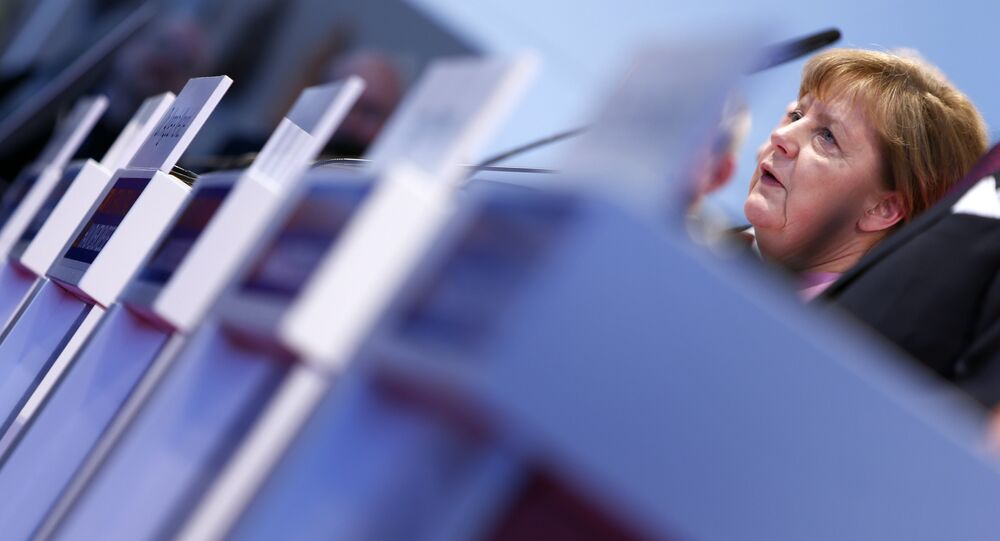 MOSCOW (Sputnik) — Some 1.33 million of eligible voters went to the polls on Sunday in the northeastern Mecklenburg-Western Pomerania, Merkel’s home state, to elect a new government. The pre-election campaign was overshadowed by growing dissatisfaction with the federal open-arms policy on refugees.

Figures, published by the public broadcaster ARD shortly after the polling stations closed at 6 p.m. local time, showed the ruling Social Democrats (SPD) in the lead with 30.2 percent of votes, down from 35.6 at the previous polls in 2011.

© AP Photo / Markus Schreiber
'Wine Queen' or 'Retirees' Enemy'? Candidates Who May Replace Merkel
The controversial AfD party, which campaigned on pledges to put curbs on immigration, made a breakthrough finishing second with 21.9 percent of votes and will get seats in the local parliament for the first time in history.

Merkel’s CDU came third with 19 percent of votes, down from 23 percent it secured five years ago. The far-left Linke party finished fourth with 12.9 percent, down from 18.4 percent in 2011. These results translate into 26 seats for Social Democrats, AfD looks set to grab 18 seats, CDU is projected to win 16 seats and Linke is expected to get 11 seats.

The final results are due to be published in four days next Thursday.

Rethinking America’s Role in the World: New Challenges in ‘an Age of Disorder’