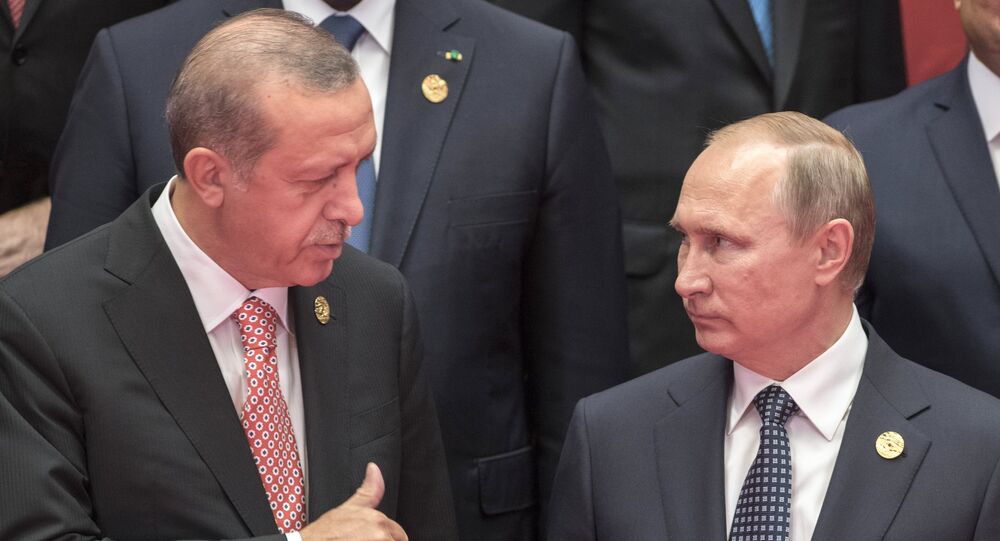 © Sputnik / Vladimir Trefilov
Russia, Turkey Move Closer to Free Trade Area Deal
HANGZHOU (Sputnik) — The spokesman added that, at the delegations’ level, the sides discussed a preliminary schedule for restoring bilateral cooperation in all formats. They agreed to hold an upper-level council session by the end of 2016, with a strategic planning group due to meet this fall.

"They took time. At first, the entire delegations were present, later the meeting continued in the format of one-on-one plus foreign ministers. They exchanged opinions on the Syrian issue, the exchange was quite frank and detailed," Dmitry Peskov said.

Russian and Turkish officials discussed the outlooks for lifting Russia’s ban on Turkish food imports as part of their rapprochement process on Sunday, the Kremlin spokesman added.

"Our Turkish colleagues raised the issue of an urgent lifting of restrictions on agricultural products. The work in this area will continue," Dmitry Peskov told reporters in Hangzhou.

The meeting of the two countries’ delegations took place on the margins of the G20 summit in China where the Russian and Turkish presidents talked over ways to increase bilateral cooperation.