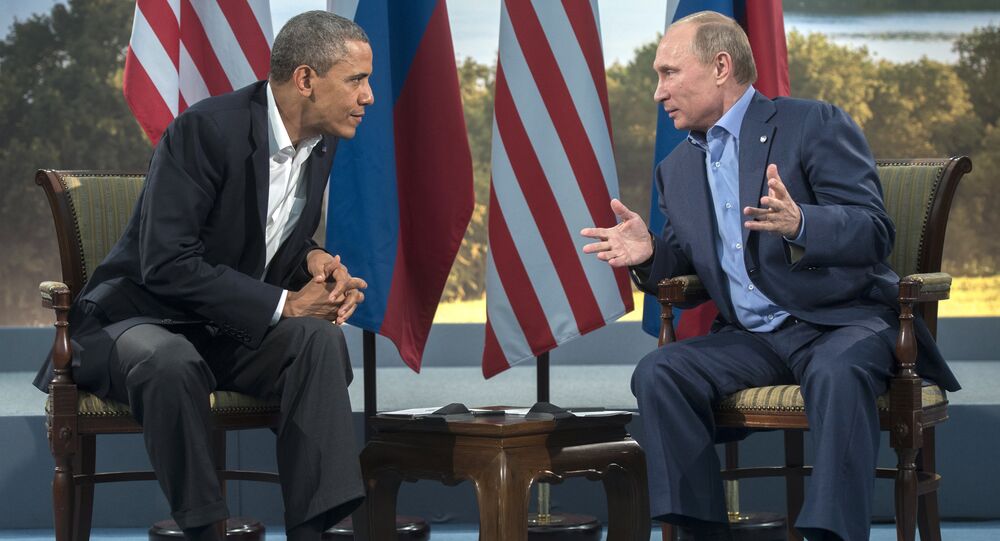 Russia and the United States are working on ironing out the kinks to finalize an agreement that will see both nations work together to resolve the devastating Syrian crisis. The deal is expected to achieve a nationwide ceasefire and pave the way for an unprecedented military cooperation between Moscow and Washington.

Officials from both countries have not disclosed when the deal is expected to be reached, but Russian Deputy Foreign Minister Sergei Ryabkov said earlier on Sunday that the officials were "close to reaching a deal" and that there were "no grounds" to expect the talks to collapse.

If unconfirmed reports are to be trusted, the negotiations have suffered a temporary setback on Sunday, with Washington blaming Moscow for "walking back" on issues that have ostensibly been settled. "Russians walked back on some of the areas we thought we were agreed on, so we are going back to capitals to consult," an unnamed senior State Department official was quoted as saying.

The source did not provide additional information on the issues in question.

US President Barack Obama was cautious, if not alarming, when talking about the progress in the talks that were launched in mid-2016. "We're not there yet," he said on the sidelines of the G20 summit in China. "We have grave differences with the Russians in terms of both the parties we support but also the process that is required to bring about peace in Syria."

© Sputnik / Mikhail Alayeddin
Syrian Army Liberates Strategic Areas of Military Academies in Aleppo
"It's premature for us to say that there is a clear path forward, but there is the possibility at least for us to make some progress on that front," Obama added.

Russian President Vladimir Putin and US President Barack Obama are expected to meet on the sidelines of the G20 forum. The Syria deal will most likely be on the agenda. It is unclear when the informal talks will take place.

Russian Foreign Minister Sergei Lavrov and US Secretary of State John Kerry discussed the deal earlier on Sunday, with America's top diplomat mentioning "a couple of tough issues." Lavrov and Kerry are expected to continue the talks on Monday in a bid to "bridge the gap and come to a conclusion on" the issues in question. Kerry did not specify what those are.

© REUTERS / Rodi Said
Smoke rises from the northeastern city of Hasaka, Syria, August 21, 2016
© AFP 2020 / DELIL SOULEIMAN
What's Behind Washington Killing Independent Kurdistan Aspirations Stone-Dead
The deal is expected to cover the military partnership between Moscow and Washington, humanitarian aid, measures aimed at preventing Damascus from launching strikes against the so-called moderate opposition and efforts meant to separate moderate rebels from terrorist groups, like al-Nusra Front and Daesh, something that Washington has failed to do.

Earlier on Friday, the Russian president described this last issue as one of the most challenging.

"We insist (and our American partners have had no objections to this) that the so-called 'healthy' opposition must be separated from radical groups and terrorist organizations, like al-Nusra Front. However, we have an impression that al-Nusra Front and the like are play acting, even rebranding themselves, but nothing has actually changed," Putin said.

Radical groups have absorbed the moderate opposition, he added.

"Apart from this, this is not a component of a domestic fight. These are foreign fighters who receive weapons and ammunition from abroad. In fact, our American partners agree with this, but they have no idea, how to do it," Putin said, referring to the efforts to separate terrorists from non-terrorists.