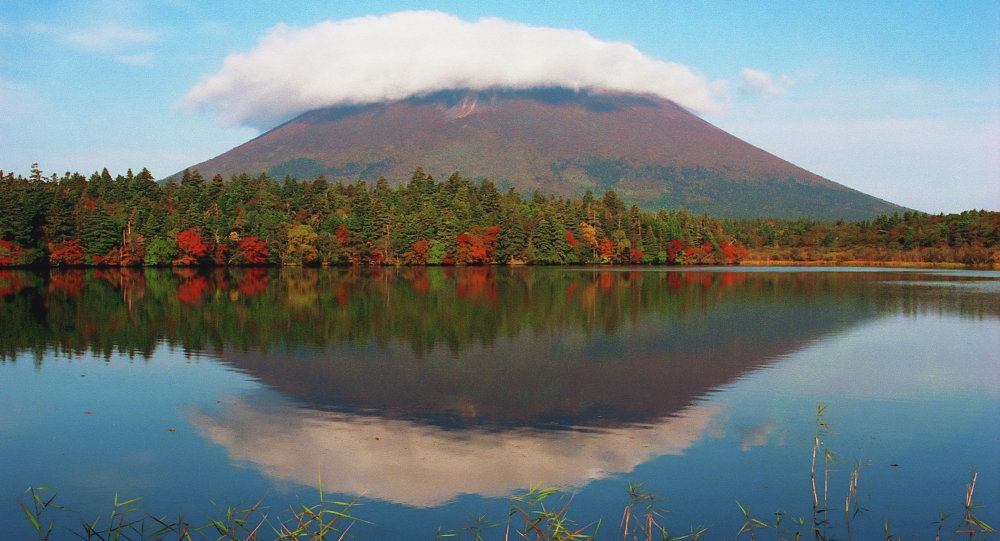 Tokyo has long claimed all of the Kuril Islands, known in Japan as the Northern Territories, but Prime Minister Shinzo Abe and the Japanese nation appear to have gradually become open to a compromise regarding the territorial dispute with Russia that has plagued bilateral relations for decades, experts said. 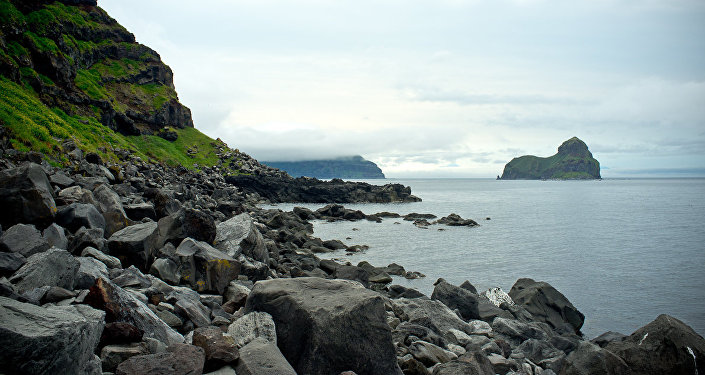 © Flickr / Peter
Putin: Compromise With Japan on Kuril Islands is Possible
On Friday, Abe met with President Vladimir Putin in Vladivostok, the second visit to Russia for the Japanese prime minister this year. Putin is scheduled to visit Japan on December 15. Both leaders are also scheduled to meet during the APEC summit in Peru slated to be held in November.

Both leaders highlighted the need to lay the dispute to rest. Putin said that "we can't let the chances that we have slide by," while Abe urged both nations "to build a new era in Russia-Japan ties that will last the next 70 years."

Russian and Japanese officials have been vague on the details of a possible deal on the Kuril Islands, but handing them over to Tokyo seems to be out of the question. On Friday, John Micklethwait asked Putin whether Moscow could give up one of the islands in exchange for greater economic cooperation.

© Sputnik / Evgeniy Neskromniy
View of Ilyinsky volcano on the shore of Kurile Lake.

"We do not trade territories although concluding a peace treaty with Japan is certainly a key issue and we would like to find a solution to this problem together with our Japanese friends," the Russian leader responded.Putin also added that the current round of talks is meant to "search for a solution when neither party would be at a disadvantage, when neither party would perceive itself as conquered or defeated."

Japan is ready to search for common ground, Professor Kazuhiko Togo of the Kyoto University told the Vzglyad newspaper. "I feel that [Shinzo Abe] is ready for a certain compromise," he said. 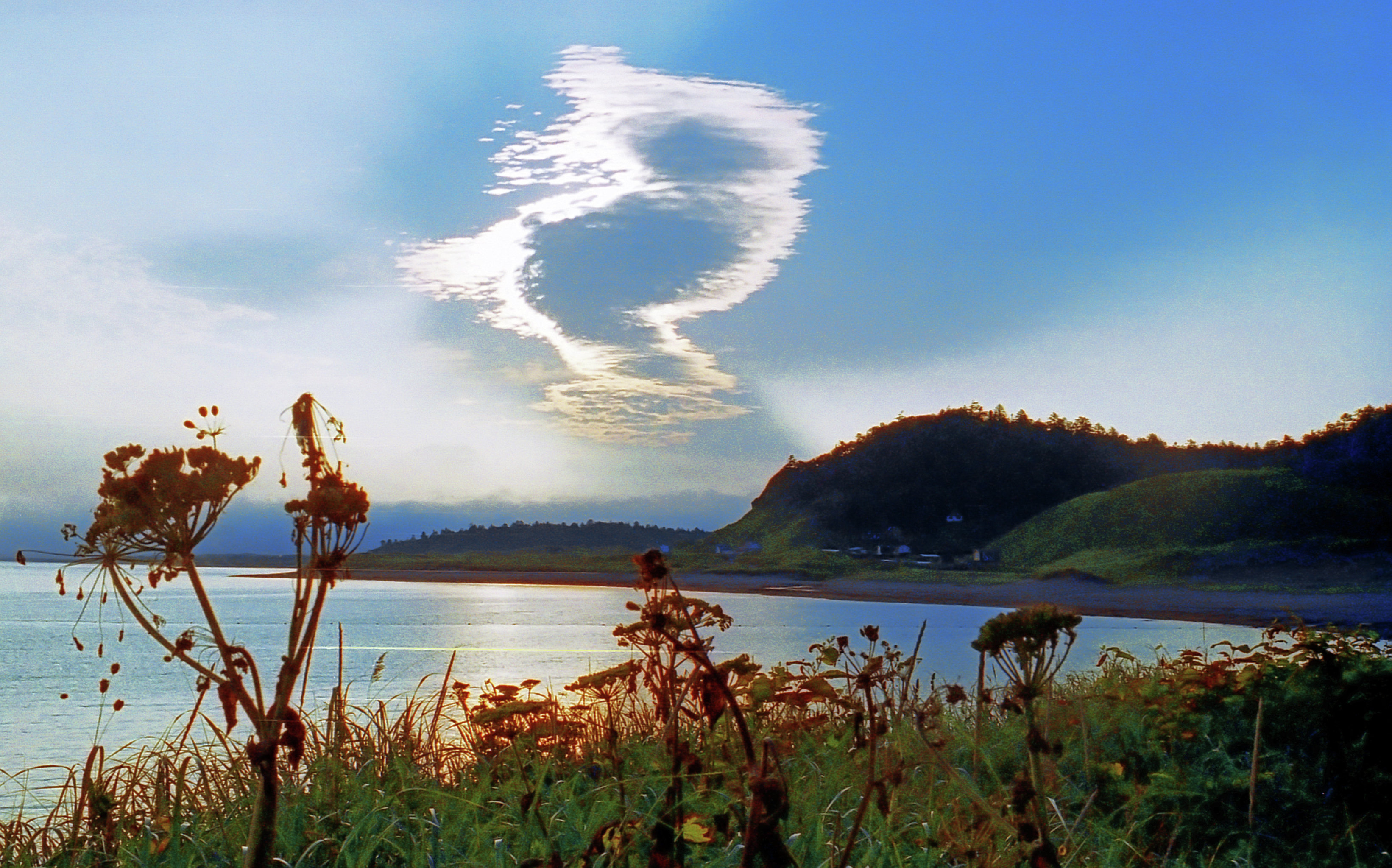 "When Shinzo Abe met Vladimir Putin in Sochi, he indicated that he intends to use a new approach in the bilateral talks, but did not disclose the essence of the new strategy. It is quite possible that he was referring to the transfer of two islands. Recent opinion polls indicate that more than half of the Japanese are ready for such a compromise, an unprecedented development," he said. 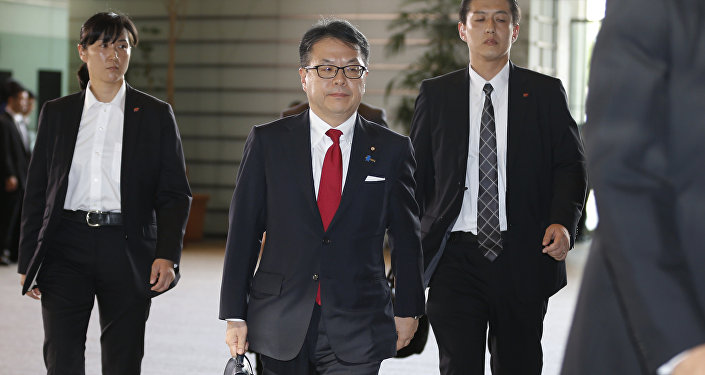 © AP Photo / Shizuo Kambayashi
Bilateral Buddies: Japan to Create New Ministry to Boost Ties With Russia
This dramatic shift in public perceptions did not happen in a vacuum.

"As soon as Shinzo Abe came to power, he tried to foster cordial ties with Russia. He was the only G7 leader to come to the 2014 Sochi Olympics. His visit to Vladivostok reflects that Abe does not abide by the regime of Western sanctions. In fact, Tokyo did not impose restrictive measures on Moscow," the analyst noted.

Japan wants to improve relations with Russia to counterbalance Moscow's relationship with Beijing. Vasily Kashin, senior research fellow at the Institute for Far Eastern Studies, also pointed to this aspect.

© REUTERS / Toru Hanai
Domo Arigato Mr. Abe: Why Japan is Backing Away From the Kuril Dispute
"Both Russia and Japan are interested in bilateral cooperation. Russia needs Japan's help in modernizing its economy and Japan does not want Russia to be too close to China," he told the Vzglyad newspaper, adding that Moscow and Tokyo appear to have indeed started working on a compromise solution to the Kuril issue.

Kashin described the possible agreement between Russia and Japan as "extremely complex, multidimensional and multilevel." The deal, he said, "will not simply be the islands in exchange for the peace treaty and Japanese investments, but a complex, large-scale package of joint agreements."

First deputy chairman of the Russian Federation Council's international affairs committee Vladimir Dzhabarov was skeptical about the idea that Russia would hand over two islands to Japan.

"I don't think that they will discuss the transfer since Putin said that he is not selling territories. Most likely both sides will reach an agreement on joint access to coastal waters, shared use of natural resources and creating joint ventures on the islands," the senator suggested.