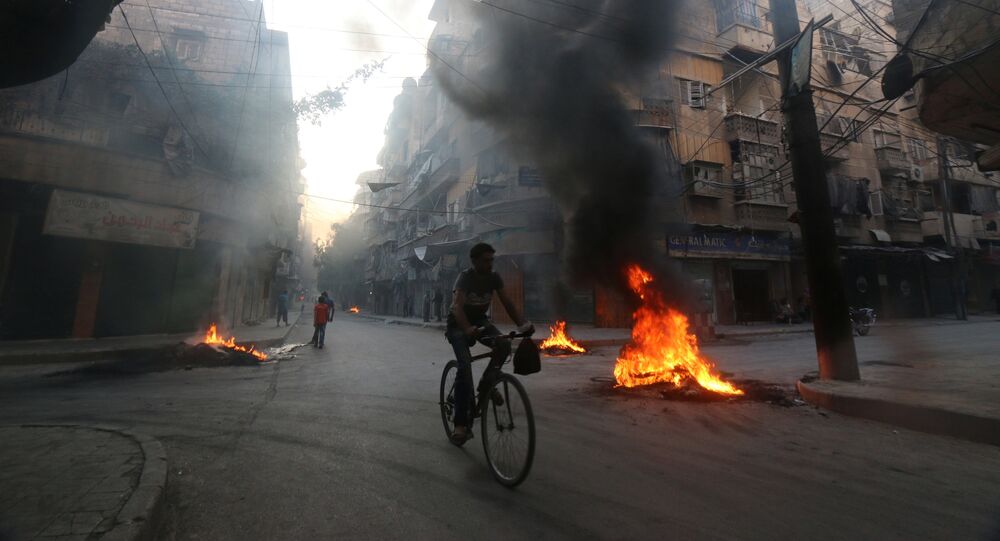 The United States, Turkey and some European countries are sending mixed signals when it comes to Syria, which is making it challenging to resolve the years-long crisis that has claimed more than 280,000 lives and left millions displaced, US journalist and columnist specializing in intelligence and international affairs Wayne Madsen told Sputnik.

"We see mixed signals coming from many different quarters, not only Washington, but Ankara as well. And it's very hard to discuss potential peace deals when you've got constantly changing policies emanating from Washington, Ankara and of course the Western European countries," he observed.

Ankara has recently made a U-turn in its foreign policy, highlighting the need to make more friends. This strategy has seen Turkish leadership make overtures to Moscow, Tehran and even Syrian President Bashar al-Assad, whom Erdogan has viewed as an opponent since the war erupted in Syria in 2011.

© Sputnik / Umit Bektas
Key Reason Behind Turkey's Ground Operation in Syria
Turkey previously was focused on providing assistance to radical groups trying to overthrow Assad, an approach that has significantly contributed to the chaos in the war-torn Arab country.

Most recently, Ankara launched a ground operation in northern Syria, saying that it is aimed at resolving the crisis. Critics point out that Turkey's military adventure will in fact make things more complicated.

"We see mixed signals coming out of Washington. Vice President Biden was recently in Turkey and he was quite emphatic that the Syrian Kurds could not move any further to the West from where they were. We see that the Turks now have sent military forces into Syria. They say they are to counter [Daesh] but in reality they are primarily attacking the Syrian Kurds as they are also doing with the Turkish Kurds," he said.

President Recep Tayyip Erdogan and other Turkish officials said that the offensive was meant to remove Daesh from the border area and particularly the Syrian town of Jarablus, but they also noted that the campaign was meant to prevent the Syrian Kurds from taking more areas, particularly to the west of the Euphrates, under control.

Turkey is concerned that the Syrian Kurds will link border areas that they control into a single zone, essentially creating an autonomous entity between the two countries.

Madsen further commented on the state of relations between the US and Turkey that have been overshadowed by an unsuccessful attempt on July 15 to depose Erdogan and the West's reserved reaction to the failed military coup.

"Biden of course is doing everything possible to keep these relations intact," Madsen said.

Ankara has been particularly discontent with the US for not extraditing reclusive cleric Fethullah Gülen, who has lived in a self-imposed exile in Pennsylvania since 1999. Erdogan and his supporters have said that Gülen was behind the coup.

© AFP 2021 / Fadi al-Halabi / AMC
Al-Nusra Front Still Being Reinforced Through Turkish Border - Russian Diplomat
This, according to the journalist, has created "quite a dilemma" for the United States which claims that it champions human rights but is actually sending encouraging signals when it comes to the preacher's extradition.

The US "said that it is working on the extradition request when in fact Gülen is in the United States with a green card. He has historically been protected by the CIA. Again this sends a disturbing signal to people in the world. Can they really trust the United States? Can they trust the US promises of political asylum? There are a lot of questions right now about the US policy," Madsen observed.