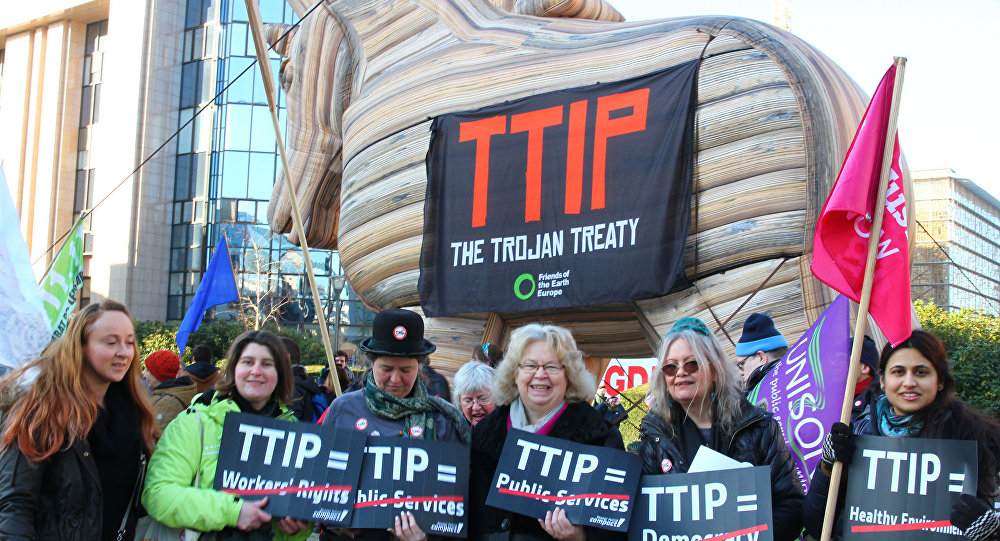 The US-EU TTIP deal will not bring any advantages to people as all the promised economic benefits do not rely on real state of affairs, Klaus Ernst, a member of the German parliament's Committee on Economic Affairs and Energy from the opposition Die Linke party told Sputnik on Wednesday.

MOSCOW (Sputnik) — On Wednesday, Austrian Vice-Chancellor Reinhold Mitterlehner said TTIP talks should be halted, echoing similar suggestion by French Trade Minister Matthias Fekl, who on Tuesday promised to request a halt to TTIP talks at next month’s EU trade ministers’ meeting in Bratislava. The skepticism regarding TTIP was fully shared by German Economy Minister Sigmar Gabriel, who declared over the weekend that the talks were "de facto dead." 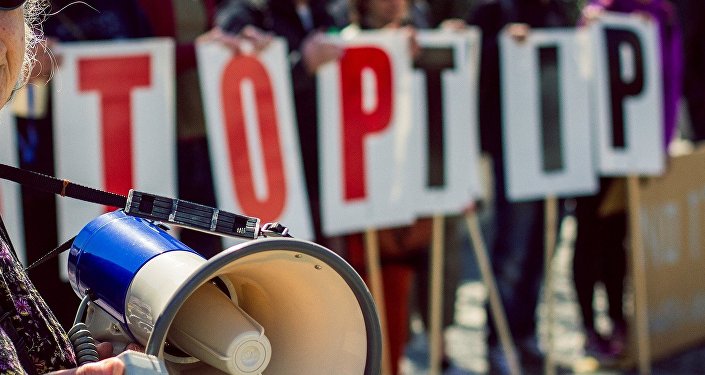 "Die LINKE doesn't see any advantages in TTIP for the majority of the people: All the promises concerning economic growth or more jobs do not base on any reliable facts," Ernst said.

He added that the TTIP implementation would likely lead to investor claims, a limited regulation right by the elected governments and further deregulation at the expense of environmental and consumer protection.

© Flickr / greensefa
European Civil Organizations Fear TTIP Talks May Revive, Continue Away From Public Eye
"The US side is not willing (and, regarding the 'buy American'-clauses on the federal level, legally not in the position) to grant access to the public procurement sector to the EU enterprises. Since there is no progress in this major aim of the EU, the whole negotiation seems blocked," Ernst mentioned one of the stumbling blocks in the sides' positions.

He added that Germany needed a deal for high common standards and an international agreement on how to organize trade on a fair and transparent basis. "But this is not TTIP," he concluded.

The negotiations on the trade deal between Europe and the United States, that stipulates the free trade zone between the two regions and that is set to be finalized before the end of the year, have been going for the last three years, but 14 rounds of talks have not brought any result.

Advancing TTIP Deal Unlikely Until After 2018 - Former US Official