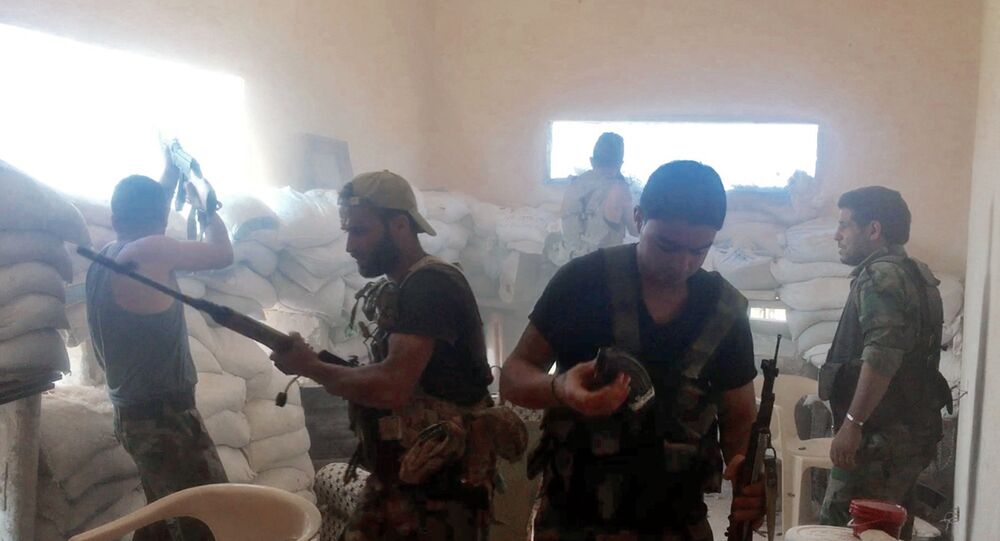 As the situation in Syria is steadily deteriorating, any kind of breakthrough in the Russo-American negotiations is needed to pave the way for halting the ongoing bloodbath in the region, Swedish journalist Gunilla von Hall writes, adding that events on the ground have begun to resemble a global war.

Sputnik Türkiye/HİKMET DURGUN
Turkey Bolsters Operation 'Euphrates Shield' in Syria with Eight More Tanks
Hall points out that US Secretary of State John Kerry and Russian Foreign Minister Sergei Lavrov are discussing two major issues: a 48-hour truce which would allow the parties concerned to provide humanitarian aid to the Syrian civilians; and a Russo-American military cooperation in Syria against Daesh (ISIL/ISIS) and other terrorist groups on the ground.

Ministry of defence of the Russian Federation
Russian Su-34 Bombs Daesh Meeting, Killing Up to 40 Fighters in Syria's Aleppo
To complicate matters further, the Syrian radical opposition continues to disrupt UN humanitarian efforts in the besieged Syrian city of Aleppo.

© REUTERS / Omar Sanadiki
Lavrov: US Must Fulfill Own Promises in Syria Before Voicing Demands Regarding Damascus
According to Suponina, the military experts of Russia and the US may potentially reach common ground on coordinated air strikes in Raqqa and Deir ez-Zor, which remain under control of Daesh.