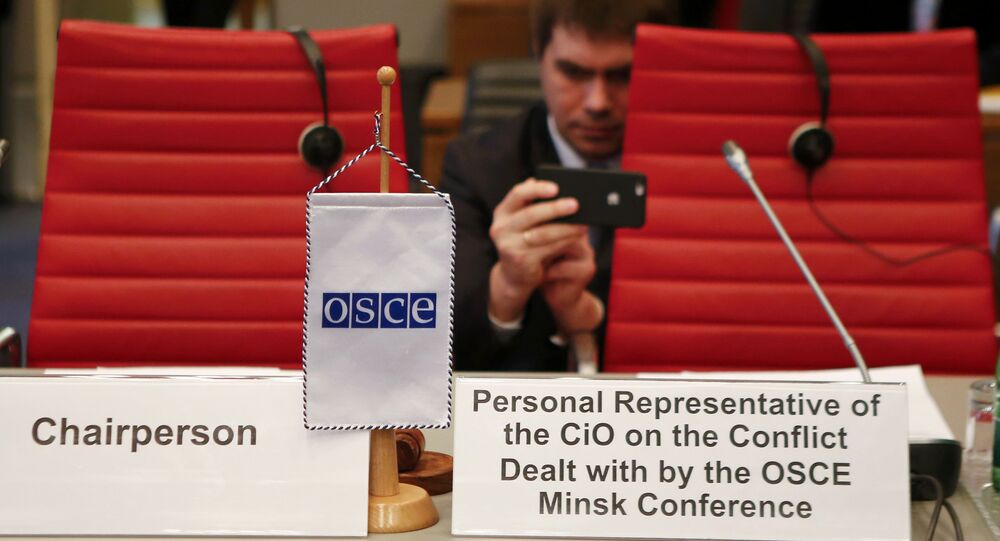 US Deputy Secretary of State to Discuss Ukraine, Security at OSCE Meeting

US Deputy Secretary of State Antony Blinken will discuss Ukraine and European security issues such as arms control at an informal OSCE meeting in Germany from August 31 to September 2, the US Department of State said in a press release.

"Deputy Secretary of State Antony Blinken will travel to Potsdam, Germany to attend an informal OSCE Foreign Ministers’ meeting to discuss common challenges in the OSCE region, in particular the ongoing violation of Ukraine’s sovereignty and territorial integrity, terrorism and regional security and arms control," the release said on Tuesday.

The Vienna Document is aimed at confidence and security building in Europe and envisages OSCE member states providing each other with information on their armed forces, defense planning and military budget details, as well as exchanging military observers and carrying out inspections.