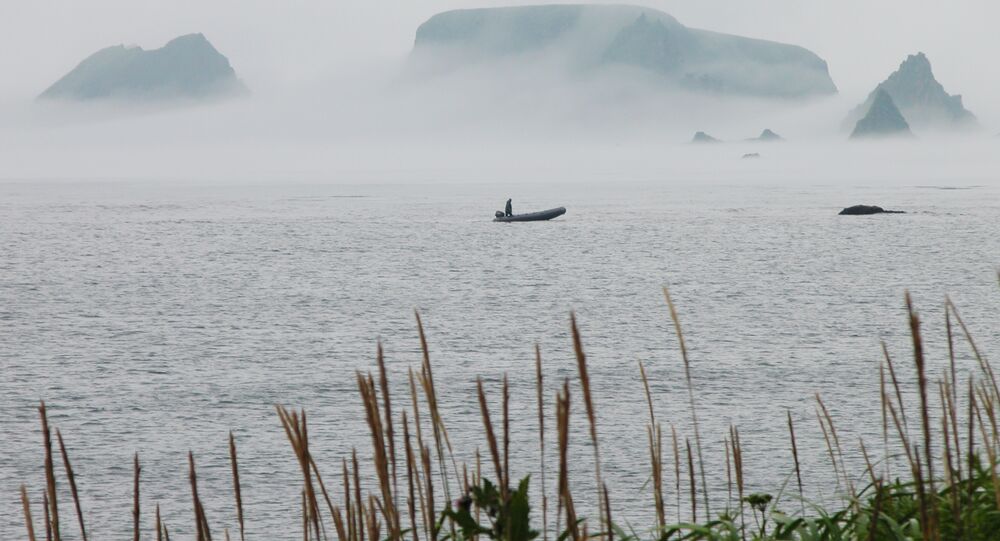 Japanese government plans to cooperate with Russia in the economic sphere even if the two states are not able to reach progress in the resolution of the dispute over the South Kuril Islands, Japanese media reported Tuesday.

MOSCOW (Sputnik) — In September, Japanese Prime Minister Shinzo Abe is expected to hold talks with Russian President Vladimir Putin in Russia's eastern city of Vladivostok. The two leaders are expected to discuss a wide range of issues, including bilateral cooperation.

The Japanese Kyodo news agency reported citing a government source that previous Tokyo's approach to the existing dispute between the two nations had not yielded any tangible results and should be changed.

© Sputnik / Vladimir Fedorenko
Russian Missiles on Kuril Islands in Response to THAAD System in S Korea: Myth or Reality?
The media outlet added that the change of Japan's view could include departure from the stance that the Asian nation could provide Russia with economic support only if the territorial dispute was resolved.

Japan and Russia have never signed a permanent peace treaty after World War II due to a disagreement over four islands, which Russia calls the Southern Kurils and Japan the Northern Territories. The disputed islands, located in the Sea of Okhotsk, were claimed by Soviet forces at the end of the war.