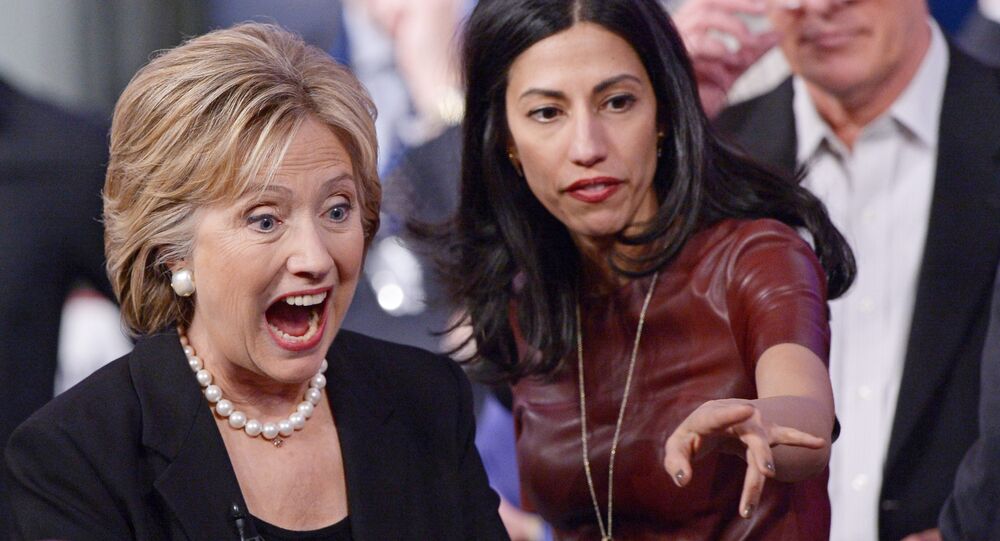 One of the country’s most renowned physicians joined the growing chorus of prominent health professionals who are sounding an alarm about Hillary Clinton’s physical fitness to be commander-in-chief.

Hillary Clinton took to the late-night circuit with Jimmy Kimmel to downplay the growing concern among the American people that she may be suffering severe side-effects traced to her concussion in December 2012 or potentially even suffering from a separate secret illness.

Of course, the focus on physical energy may have began as little more than a by-product of her opponents braggadocios claims of physical well-being having already labeled his primary opponent Jeb "low energy" Bush with a similar attack, but many are wondering if there may be some truth behind it.

Once relegated to the back-pages of conservative news outlets such as Breitbart and Daily Caller that pointed mockingly at every slip and fall by the former Secretary of State began to be a full-fledged public outrage after a startling video surfaced of what appears to be Hillary suffering a seizure or, at minimum, a 30-second long uncontrolled fit that would hardly be described as normal.

At the time, Secretary Clinton immediately downplayed the scene that left an AP reporter with a horrified expression on her face asking the journalists whether they’ve tried the iced latte before her handlers shuffled her away from the interview, one saying "it’s time."

Since then, the reclusive former top diplomat has avoided any substantial press encounters despite a clamoring from the national media for her to make herself more accessible and she is not slated for any campaign appearances at all for nearly another month – the September 25th election.

The bizarre behavior has led not only to growing speculation from politicians like Rudy Giuliani who argued that Hillary controls a "media empire" that is shielding her from questions about her health and that people should just Google search "Hillary Clinton’s health" and watch the videos, but also prominent medical practitioners who have expressed sincere concern.

The most prominent of which is Dr. Bob Lahita, the Chairman of the Department of Medicine at Newark Beth Israel Medical Center who has frequently been called on to opine for health on CBS, MSNBC, ABC, Fox, and local news outlets.

"This is a very unusual story with Hillary," said Lahita, pointing to the two blood clots that Hillary’s been diagnosed with in the past. "The fact that she’s having these clots and she’s had two bouts of thrombosis is disconcerting to say the least."

"I don’t think it’s a conspiracy," said Lahita when asked if questions about Hillary’s health are the musings of far-right agitators or a legitimate question. "You go back to the history of our presidents and we’ve had many presidents up until Lyndon Johnson who’ve concealed their health during their campaigns."

"It had dire effects for our country, going from Kennedy to Roosevelt, to Woodrow Wilson, whose wife ran the White House for some time," he continued. "So we have issues here and I think both candidates should be very forthcoming and perhaps have an impartial panel of physicians review the data and make that kind of decision before Americans go to the poll."